Baby “starved to death” because he did not say Amen

The case of the boy being starved to death for not saying Amen is now on trial. The mother thought the boy was going to be resurrected, and she still believes he is coming back. Score another one for “faith.”

For more than a week, Ria Ramkissoon watched passively as her one-year-old son wasted away, denied food and water because the older woman she lived with said it was God’s will.

Javon Thompson was possessed by an evil spirit, Ramkissoon was told, because he didn’t say “Amen” during a mealtime prayer. Javon didn’t talk much, given his age, but he had said “Amen” before, Ramkissoon testified in a US court in Baltimore.

On the day Javon died, Ramkissoon was told to “nurture him back to life”. She mashed up some carrots and tried to feed the boy, but he was no longer able to swallow. Ramkissoon put her hands on his chest to confirm that his heart had stopped beating.

Ramkissoon and several other people knelt down and prayed that he would rise from the dead. For weeks afterward, Ramkissoon spent much of her time in a room with her son’s emaciated body — talking to him, dancing, even giving him water. She thought she could bring him back.

Ramkissoon told the tale of her son’s excruciating death from the witness stand on Wednesday, at the trial of the woman she says told her not to feed the boy. Queen Antoinette was the leader of a small religious cult, according to police and prosecutors, and she faces murder charges alongside her daughter, Trevia Williams, and another follower, Marcus A. Cobbs. […]

His body was hidden in a suitcase for more than a year and has since been buried. But even now, she maintains her faith in his resurrection.

“I still believe that my son is coming back,” Ramkissoon said. “I have no problem saying what really happened because I believe he’s coming back.

Later, she acknowledged that her faith makes her sound crazy. “I don’t have a problem sounding crazy in court,” she said.

February 27, 2010
Welcome to Paradise, Here are your Raisins
Next Post 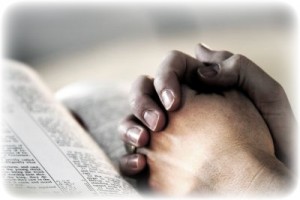