A Date with Sandy

Hey, folks. As you’ve heard by now, Hurricane Sandy is heading up the eastern coast of the US. Along the way it might earn enough experience to evolve into the dreaded “frankenstorm” and gain all sorts of special abilities.

I’m headed into central New York to house sit for some family overseas. I’ll be off the grid for a bit, and maybe a bit longer depending on whatever Sandy does to the powergrid.

Those of you who still have power can debate the following questions:

What role, if any, is global warming playing in the formation of a late-season hurricane like Sandy?

If New York is hit badly, who will be the first wingnut to claim that Sandy is punishment for the gay marriage bill?

November 1, 2012 Update
Recent Comments
0 | Leave a Comment
Browse Our Archives
get the latest from
Nonreligious
Sign up for our newsletter
Related posts from Unreasonable Faith

Nonreligious
All Cycles Come to an End
Unreasonable Faith 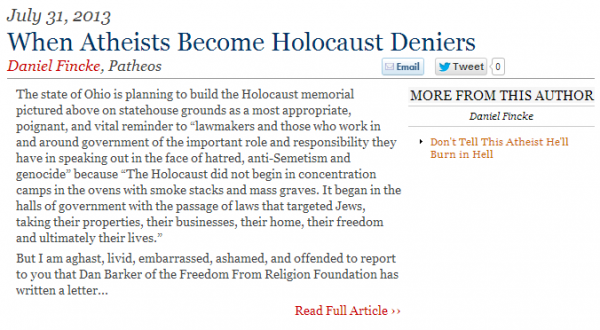