Can someone articulate what the “ideal of free speech” is?

Basically, John Scalzi wrote a response piece to Adrian Chen’s outing of Reddit moderator Violentacrez. Scalzi points out that the cry of “free speech” is misguided because the government was not involved, and the American right of free speech is a check on government authority to censor.

This led to a lot of people to argue that there is an ideal of free speech beyond the constitutional right to free speech. The problem is that, for most of western history, the ideal of free speech was to protect the individual from the power of the government. For example, John Milton’s 17th century Areopagitica, with its famous phrase that “we may as soon fall again into a gross conforming stupidity,” was directed at Parliament’s attempt to license printing.

But now we’re in a time when “free speech” is used by private citizens against other private citizens. It’s something so important that for its sake we will ignore the embarrassment and potential harassment that comes from posting pictures of underage girls without their permission. We seem to be going from a negative form of free speech, which is that government doesn’t have the authority to censor, a positive one, which is … what, exactly?

October 21, 2012 Quote of the Moment: Godwin Strikes Back
Recent Comments
0 | Leave a Comment
Browse Our Archives
get the latest from
Nonreligious
Sign up for our newsletter
POPULAR AT PATHEOS Nonreligious
1 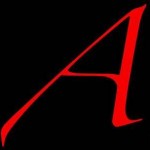 Nonreligious
QotD: What Has Atheism Done For You Lately?
Unreasonable Faith