Today I want to analyse a story that I read on the BBC during my lunch break. It’s a story that… Well… It ground my gears. It’s a story about homophobic bigots who hide behind religion and claim that their intolerant, hate-filled bile is actually “morality”.

It’s this story. The basic theme is: Roman Catholic Bishop uses Christmas sermon to attack UK Gov plans to legally recognise gay marriage (as distinct from Civil Partnerships). I want to pick out some passages and pass my own (fair and unbiased as always) comments upon them.

Are you sitting comfortably? Then I’ll begin.

“Archbishop of Westminster Vincent Nichols told the BBC the government had no mandate to push through same-sex marriage laws in England and Wales.”

This is a flat-out lie. A pretty well constructed Sunday Telegraph poll showed that 45% of respondents are in favour of gay marriage, 36% opposed and 19% undecided. The Telegraph has a conservative readership, so it should be noted that this means forty five percent of CONSERVATIVE British people support gay marriage. It’s no stretch at all to assume that the figure for liberals is close to 100%. This is strongly backed-up by a YouGov poll which found only 32% of respondents were opposed to gay marriage (including 15% who were also opposed to civil partnerships). A poll from Populus was completely unequivocal: 65% in favour of gay marriage, 27% opposed. The massively dishonest figure being quoted by the Roman Catholic Church is from this poll, in which the only question was whether respondents agreed with the statement “Marriage should continue to be defined as a life-long exclusive commitment between a man and a woman” – Note that the question doesn’t even mention same sex marriage and it’s fair to assume that not all of the respondents (if any) would have considered that to have been the point of the question. The only other poll showing a majority against same sex marriage is this one, which has perhaps the most hostile wording of any of the polls, a Likert Scale on the following statement: “Since gay and lesbian couples already have the same rights as married couples available to them under civil partnership, they should not be allowed to redefine marriage for everyone else”. I don’t think I need to point out why that study is bullshit to this audience. Moving on.

“Speaking in his sermon at Westminster Cathedral, Archbishop Nichols said “the love of husband and wife, which is creative of new human life, is a marvellously personal sharing in the creative love of God who brings into being the eternal soul that comes to every human being with the gift of human life”.

And verily, I say unto the Bishop: Prove it. Seriously, if he’s using that as the basis of an argument to deprive actual real human beings of legal rights, then I’d say he’s got a pretty strong duty to prove it first.

“During his interview, Archbishop Nichols said of the gay marriage plans: “There was no announcement in any party manifesto, no Green Paper, no statement in the Queen’s Speech. And yet here we are on the verge of primary legislation. ‘From a democratic point-of-view, it’s a shambles. George Orwell would be proud of that manoeuvre, I think the process is shambolic’.”

In the words of Bill Hicks: Fundamentalism breeds inability to grasp irony. The Catholic Church is an international cultish dictatorship. And yet their leader in England and Wales is criticising somebody else for being undemocratic. And it’s not even true. And he’s clearly never actually read any George Orwell books, or he’d know that Orwell would most certainly not be “proud” of any process that wasn’t democratic. Oh dear. This guy’s starting to look like a bit of an idiot, isn’t he?

“He claims during a ‘period of listening’, those who responded were ‘7-1 against same-sex marriage’.”

I don’t know (though I can guess) who he was “listening” to, but I think I’ve already amply proven that it can’t have been a representative sample of the general public.

“The UK government has previously announced that the Church of England and Church in Wales will be banned in law from offering same-sex marriages, with other religious organisations able to “opt in” to holding ceremonies….

…Although the Church of England has opposed gay marriage and is expected to oppose the government’s bill, it has also said it was not consulted on a plan for the bill to include a specific ban on it conducting gay marriages. And the Archbishop of Wales, Dr Barry Morgan, said he thought the ban was a “step too far”.

But Muslim leaders have called for the same legal exemptions as the Church of England in gay marriage legislation, with the Muslim Council of Britain saying it was “appalled” by the government’s “utterly discriminatory” proposals.”

A few observations here: I strongly suspect that not only were the CofE consulted on the legal prohibition, but that it was probably their own idea. CofE is the state religion of the UK, and disputes over ordination of women and openly gay priests, as well as over gay marriage, have threatened to tear it apart over the last decade. By banning them in law from conducting same-sex wedding ceremonies, UK Gov may well have been trying to prevent the church from schisming any further over what is (to them) a very divisive issue.

The irony of the CofE saying it doesn’t want the ban (I think that’s probably an outright lie), while some butt-hurt Muslims scream “BAN US! BAN US!” is just delicious. Of course, the cynic in me can’t help thinking that if Muslim congregations weren’t left the ability to legally opt-in, some would still be screaming that they were discriminated against; victim mentality is amusing to watch but ultimately pathetic.

And this raises a further point: The Roman Catholic Church does not have to perform gay marriages. The law is very clear that, in order to do so, not only would individual churches have to opt-in, but so would the entire Roman Catholic Church, from the Pope and the Vatican on down. And that’s why I find the Bishop truly despicable; he’s not complaining that he will be forced to do something against his religion (in fact he knows he won’t), he’s complaining that everybody who doesn’t share his religion, will have the right to disregard the rules of his religion.

To me, we’re in Dutch cartoon territory. This is the exact same thing as Muslims murdering people for not following uniquely Muslim edicts (don’t draw Muhammed). In both cases, my response is the same: You can follow whatever rules you choose to follow from your religion, but DO NOT think that you have any right to enforce them on anybody else.

I think that will do for now. It’s over to you lot to pick my thinking to pieces.

December 24, 2012
Josephus and the Massacre of the Innocents
Next Post

December 27, 2012 The Nones are Taking Over!
Recent Comments
0 | Leave a Comment
Browse Our Archives
get the latest from
Nonreligious
Sign up for our newsletter
POPULAR AT PATHEOS Nonreligious
1 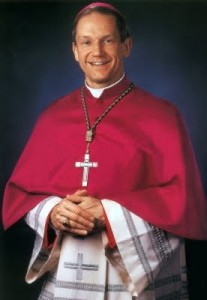