Have We Learned Nothing from the Sepoy Rebellion?

Have We Learned Nothing from the Sepoy Rebellion? June 26, 2013 vorjack

Western Christians have strange ideas about other people’s beliefs. Take their approach to the issue of Muslims and pork. Some years back, when an Islamic community led by Kamel Fotouh bought land outside of Houston to build a mosque, the neighborhood freaked out. A neighboring farmer decided to hold pig races next to the property.

The Muslim community shrugged, the “attempt to offend missed its mark, according to Fotouh. Muslims do not hate pigs, he said; they just don’t eat them.” The idea that pork is Muslim kryptonite turned out to be wrong.

Now it’s 2013, and some people still haven’t figured it out. Witness “Jihawg ammunition,” a bullet lined with a pork-based coating for used against “jihadis”. According to the website:

In the fall of 2010, patriots from Idaho County, Idaho sat around a campfire enjoying an adult beverage. The discussion turned to concern and disgust that a mosque was being built at ground zero. Everyone in attendance agreed that freedom of religion is paramount for all peoples of Earth but this showed poor taste and had a sense of “rubbing our noses” into 9/11 tragedy. The discussion turned toward possible solutions to stop such a great insult.

[…]A natural deterrent that prevents violence just by owning it but will strike fear into the hearts of those bent upon hate, violence and murder. Jihawg Ammo is certified “Haraam” or unclean. According to the belief system of the radical Islamist becoming “unclean” during Jihad will prevent their attaining entrance into heaven. Jihawg Ammo is a natural deterrent to radical and suicidal acts of violence.

Oh but don’t think that they’re encouraging violence against American citizens of a Muslim persuasion:

We at Jihawg Ammo hope you will stock up on Jihawg as a natural deterrent to the ever growing threat of radical Islam and Sharia Law. We, however, stress that the nullifying principle of our product is only effective if you are attacked by an Islamist in Jihad. Otherwise, our ammo functions just like any other ammunition so we obviously insist upon defensive use of our ammo only-not offensive.

Oy. They also mention America’s history of dealing with hostile Muslims, “from the days of Jefferson and the Barbary Pirates to actions of Gen. John J. “Black Jack” Pershing in the early 1900’s in the Philippines.” The first is a rather ambiguous triumph at best. The second seems to be an urban legend.

Nonreligious
Jesus was is a Muslim
Unreasonable Faith 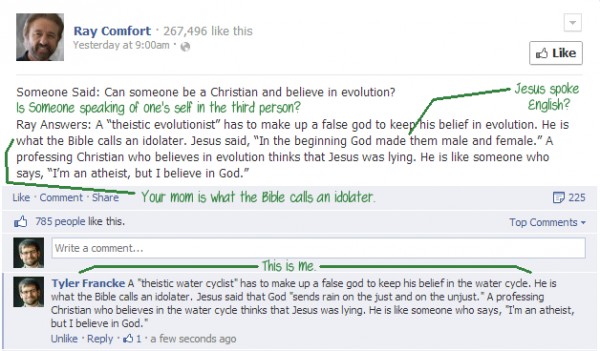 Nonreligious
The Water Table is an Atheist Conspiracy
Unreasonable Faith 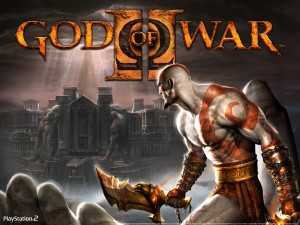