Charity is Inversely Proportional to Wealth

This is apparently a slide from a talk he gave for Thrivent Financial. It shows that, in 2003, the percentage of income that Americans claimed as charitable deductions decreased as individual incomes rose.

According to Giving USA, the number one reason rich people say they don’t give more is that they don’t believe their money will be used wisely. They also say, when asked, that giving only results in increased requests for money.

Financial advisors give a different set of answers, though. They said their clients don’t give more because they want to leave their money as an inheritance. Further, they said that often the rich don’t consider themselves rich (or rich enough) to be giving away money.

Some — such as the folks at Acton Institute — have argued that the rich give less because they’re taxed more, but that doesn’t seem to be true. Cutting taxes so the wealthy get to keep more of their income has no effect on rates of giving. Raising taxes doesn’t seem to cause giving to go down. The president of Acton has said that “Private charity tends to be inversely related to growth of government welfare” and that when “budget cuts go into effect, people will reach deeper into their pockets to help those genuinely in need,” but that’s only wishful thinking.

Silliman’s thought there is backed up by another of Crouch’s slides:

Taxes, particularly on the upper income ranges, have generally declined since Eisenhower, yet charitable giving has not increased as a percentage of GDP. If giving is inversely proportional to tax rate, then there should have been some noticeable increase. 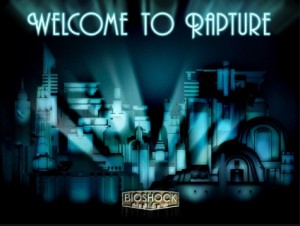