I have to agree with Chris Hallquist’s take on the Brian Eich mess particularly his closing:

There’s a tradition of arguing that, as John Stuart Mill put it, society’s informal sanctions can “a social tyranny more formidable than many kinds of political oppression.” It’s possible to imagine situations where that might really be true—if there were a Pope of Liberalism, who unlike the real Pope people actually listened to, who in spite of having no legal authority could in practice have anyone ostracized for impure political views. If that were the situation, I’d agree it was a problem.

But here? The boycott / internal protest against Eich worked because lots of people agreed with it. The employees of OKCupid and Mozilla behind the effort have no power, not even de facto power, that they could turn against a less deserving target. Nor is Eich being cast out of polite society. Really people, get a grip.

We see these kinds of web storms about once a week. Most of them fizzle, but a few create enough heat to force a change. We don’t always like the change, but what can you do?

The problem is that these reactions are decentralized. As Chris pointed out, there is no Pope of Liberalism (it’s an intriguing idea, but we’re not big on hats). Each individual voicing their opinion on twitter or boycotting a product is acting on their own initiative and making a gesture that is largely symbolic. Even OkCupid’s contribution was more of a gesture than a genuine threat. But each person adding their mite – and whipping up those around them to do the same – creates a problem that a company like Mozilla has to take seriously.

You can’t argue that each individual needs to shut up. That’s not a winning strategy. Neither is screaming at people to calm down, which is always counter-productive. So you’re stuck shaking your fist at an entire movement (see Sullivan, Andrew) or trying to start a counter storm of your own. 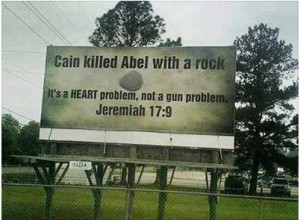 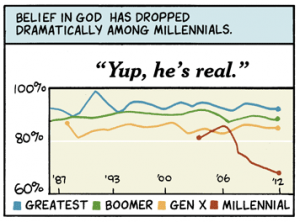 Nonreligious
Why Are The Millennials Leaving? Because They Can.
Unreasonable Faith
TRENDING AT PATHEOS Nonreligious

QAnon: Ed Litton Wants Southern Baptists to Stop...
Today, let's explore Ed Litton and his strange opinion of QAnon, and...
view all Nonreligious blogs
What Are Your Thoughts?leave a comment
Copyright 2008-2021, Patheos. All rights reserved.