From Terry Firma, I find out that Barbara Ehrenreich has a new memoir coming out. Ehrenreich is the author of the wonderfully skeptical book Bright Sided, where she takes on various popular versions of New Thought and “positive thinking.” But this new memoir, Living With a Wild God, sounds a bit odd.

But why the title? If seems to come from a single mystical experience. Ehrenreich talks about it in a NYT interview:

In the book, you write about one experience in Lone Pine, Calif., that was particularly intense. I didn’t see any creatures or hear any voices, but the whole world came to life, and the difference between myself and everything else dissolved — but not in a sweet, loving, New Agey way. That was a world flamed into life, is how I would put it.

At the time, what did you think was happening to you? I felt like I had been illuminated in some way, but also I felt shattered. I was a kid — I didn’t know what to do with this. I didn’t know how to interpret it. Even today, the word “spirituality” creeps me out.

You’ve written and spoken extensively about your atheism. Did you ever feel you were being deceitful because you’d had these experiences with a world beyond the rational? I realized that whatever I experienced was not anything like a deity that I knew of. It certainly was not a good, caring God of Christianity. On the other hand, I knew it was way out of the reach of science, and I did feel uneasy. My younger sister was distressed that I wrote a book with “God” in the title. We are hard-line atheists, and I had to re-establish my credibility with her or I’d get booted out of the family.

Why this experience was “way out of the reach of science” is not explained. That bothers me. Ehrenreich has a doctorate in cellular immunology; she’s a sharp, science minded person. Why she simply asserts that a particular phenomena is outside of the reach of rational examination is beyond me.

Particularly since it’s not an uncommon phenomena. For example, the historian and National Humanities Medal winner Teofilo Ruiz has had several such experiences in his life. Here he briefly describes two:

Once, in the mid-seventies, while walking on one of those rare perfect spring days in Princeton, having just finished rereading “The Brothers Karamazov,” I looked at the flowers and felt, but only for the briefest of time, as if I were one with nature. The other time was on one of those early fall days in California, when the Santa Ana winds have cleaned the atmosphere and the quality of light is such that everything becomes sharp and well defined. I looked around me, and I thought I was seeing the very heart of things. [The Terror of History, p 81]

Freud called it the “oceanic feeling,” a loss of the sense of self and a feeling of limitlessness or oneness with the world. Freud thought it had something to do with a regression to a childlike mind, the state that we’re in before the ego is formed. We dispute that now, but clearly science can at least discuss it.

In Bright Sided, Ehrenreich was willing to critically examine the experiences of people who believe that positive thinking healed them. She is apparently less willing to examine her own inner experiences. I find that frustrating.

April 1, 2014
Still Too Large for an Insane Asylum
Next Post

'Provocative' critic of Islam stabbed at...
The Freethinker
Related posts from Unreasonable Faith

Nonreligious
The One Thing We Agree On
Unreasonable Faith

Nonreligious
The Undeath of the Author
Unreasonable Faith 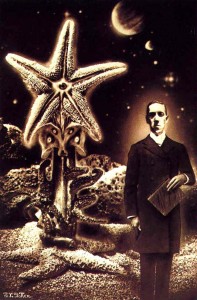