I never had the honor of meeting Phyllis Tickle or even of hearing her speak. I did, however, have the pleasure of reading some of her work. She passed away yesterday, Sept. 22, at 81 years old.

Several years ago, I picked up The Great Emergence. I felt as if I was reading someone with a sage-like

insight and a prophetic voice. If there can be such a thing as a gentle, eminently reasonable, and optimistic prophet, she would qualify.

Tickle kicks the book off with her metaphor of the “Rummage Sale.” The state of Christianity today is akin to cleaning out your attic, discerning the still-useful from the not-so-useful. Deciphering sentimental memorabilia from cluttering junk. What should be kept? What should be sold? Who gets to decide?

These historic placeholders are just that–placeholders–so there is not anything magical about the numbers themselves, but her point is that the history of Christianity (like the history of all great religions and movements) has within it longer periods of (relative) stability marked by starker transition moments that blossom out into something new and different.

The shifts in Christianity over long periods of time culminate in tension-filled and promise-filled transitions. Recall Thomas Kuhn’s analysis of the history of science: long periods of stability, working within the boundaries of the reigning paradigm, give way to paradigm shifts when enough anomalies, or notable problems with the reigning paradigm, show the paradigm to be faulty or no longer of productive use. When the anomalies build up to a breaking point, we get Tickle’s Rummage Sale.

Tickle says that in our day Christianity is in the middle of a paradigm shift into what she calls the “Great Emergence.” This phrase includes–but goes far beyond–what has become known as “Emergent Christianity” the “Emerging Church,” or simply “Emergent.” It goes beyond this particular Angl0-post-evangelical-postmodern tribe in that Tickle notices that Christianity on the whole is changing–as the ground underneath it gives way, forcing the issue of either adaptation to new models, new morals, new ways of doing church and faith. Some changes might be radical, others are refined modifications.

While a number of Christians relish the changes and find them to be gifts and sources of energy and life (and vibrant faith), many Christians and Christian institutions resist the change and want to keep everything in the attic just as it is. “Nothing for sale here!” they say.

For Tickle, at the bottom of all these massive changes in Christianity, lies this haunting question:

“Each time of re-formation has the same central question: Where, now, is the authority?” (72)

What criteria, or set of criteria, determines what will be kept and what will be sold–or simply tossed in the trash–or recycling bin? And who gets to decide?

Christianity has been facing and continues to face questions about the relation between science and faith (and the meaning of the “human”), evolution and the Bible, sin and salvation, the meaning of the gospel, the exclusivity, inclusivity, or universality of salvation, the morality of sexuality (and of course same-sex loving relationships), the relationship between Christianity and other religions, and on and on it goes.

The change has come–and is coming. The Great Emergence is here and is still on its way.

It is interesting that Phillis Tickle passed away on the day that Pope Francis arrived in the U.S. She could see, as much as anyone, that the Great Emergence is not just a Protestant thing, but a Catholic and Eastern Orthodox thing, too.

Pope Francis brings a fresh air to the public persona of Vatican Catholicism. He is, in some ways, the culmination of the changes set in motion by Vatican II. Tickle noted the implications of these changes included new possibilities of,

…ecumenism, interfaith dialogue, and the formulation of an acceptable theology of religion. Regardless of what form or forms of Christianity may rise up out of the Great Emergence, in other words, it is safe to say that much of the thinking and many of the effectual conclusions will have had their initial roots in the Vatican Councils. (104-105)

In some ways, perhaps, the Pope’s visit to the U.S. may be yet another symbol, a signpost, an announcement that the Great Emergence is indeed well underway. The Great Rummage Sale is here. Granted, religious upheaval takes time. Nothing happens quickly. And the tensions will not decrease, but will intensify as the Sale goes on.

Phyllis Tickle, by her life and her writings, gave us reason to be hopeful that change–even upheaval–is not bad. It may even be something to embrace.

September 21, 2015
Sad Day for the CCCU: EMU and Goshen Resign
Next Post 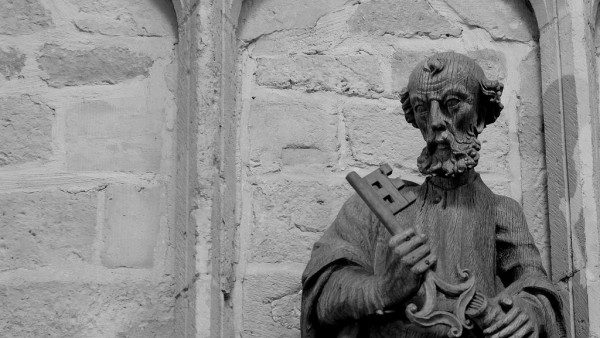 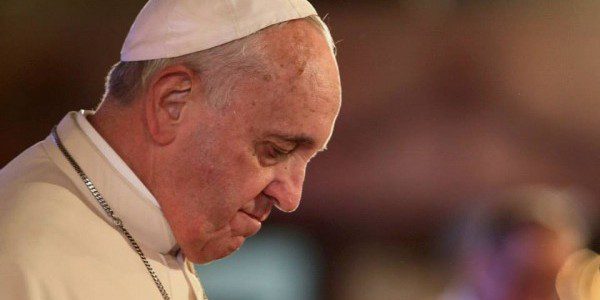 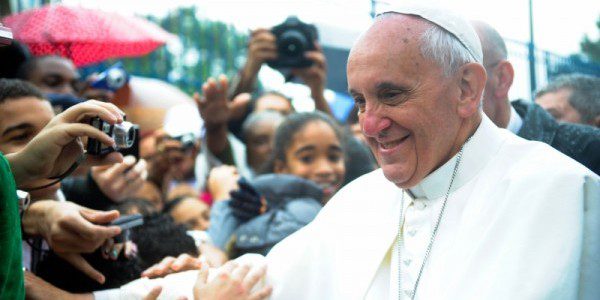