A Complicated Pregnancy: Whether Mary Was a Virgin and Why It Matters 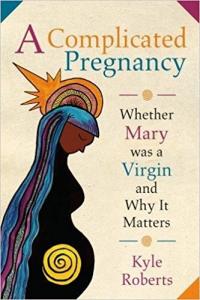 Summary:  The virgin birth is a much-loved story in the Christian tradition. It is the standard “origin story” of Jesus, marking the incarnation of the Son of God. Today, however, many theologians dispute the tradition of the virginal conception on both historical and scientific grounds.

As a progressive Protestant theologian–and a husband and a father–Kyle Roberts was growing unsure of his belief in Mary’s virginity. It contradicted modern science, and it seemed to undermine her feminine power. So he set out to investigate the virgin birth from every angle: the Bible, history, science, and philosophy.

A Complicated Pregnancy records his journey through the evidence and the myth. Did the Holy Spirit form Jesus as a zygote in Mary’s womb? If so, where did Jesus get his male genome? Was Jesus’s birth really bloodless, as the early church believed, and is Mary a “perpetual virgin”?

Roberts’s quest is a fascinating journey through history, biblical interpretation, and church politics. His conclusion surprised him, and it will surprise you, too.

Emerging Prophet: Kierkegaard and the Postmodern People of God 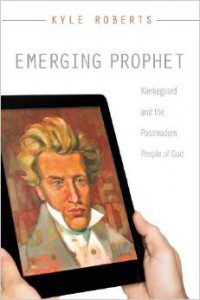 Summary : Kierkegaard was a prophet who critiqued “Christendom,” the perversion of authentic, New Testament Christianity into the institutionalized, materialistic, triumphalist, and flabby religion of modernism. Emergent Christianity is attempting to carve out a more authentic way of being Christian and doing church within–and beyond–the ineffectual, institutionalized church of modernity. In many ways, Kierkegaard’s critiques, concerns, and goals overlap with emergent Christianity and the emerging church. For the first time, this book brings Kierkegaard into a dialogue with various postmodern forms of Christianity, on topics like revelation and the Bible, the atonement and moralism, and the church as an “apologetic of witness.” In conversation with postmodern philosophers, contemporary theologians, and emergent leaders, Kierkegaard is offered as a prophetic voice for those who are carving out an alternative expression of the New Testament today and attempting to follow Christ through works of love.