Suffering and the Heavy-Handed God (On Avoiding the Calvinist Trap)

A few days ago, Garrett Gilkey, NFL lineman (Tampa Bay Bucs), published an essay in which he reflected on his recent season-ending knee injury. It was a heartflelt, theological meditation on finding meaning in suffering. It was published on the Desiring God website, so that should clue you in to his theological perspective.

Gilkey begins with this:

Last night, I bolted onto the football field to face the Miami Dolphins. I was eager, surging with life, energy, and strength. It was the last preseason game of my third season in the NFL. The ball snapped, and with a snap of his fingers, God mercifully showed me how small and weak I am compared to his grand and glorious sovereignty over all creation.

As I was hit from the side in my knee, I felt the pop, fell to the ground in excruciating pain, and knew my year was over before it had even begun.

With a “snap of his fingers”?  To be fair, Garrett isn’t exactly explicit about whether the divine finger snap refers to God instantaneously teaching Garrett a lesson about his sovereignty (and Garrett’s smallness), or to God actually ending Gilkey’s football season–and potentially his football career–with that “snap.” The larger context of his piece seems to tilt in the direction of the latter: God “mercifully” ended Gilkey’s football season in order to teach him a lesson.

While differing in the magnitude of the suffering, that take would be consistent with that of John Piper, who wrote an essay after the tragic bridge collapse in Minneapolis (in 2007) called, “Putting My Daughter to Bed Two Hours After the Bridge Collapse.” Piper recounted how, in a conversation with his daughter about the bridge collapse (which killed 10 people and wounded a hundred or so more), he affirmed his daughter’s guess that God let the bridge fall so that the people of Minneapolis would fear him. As he put it, back then,

The meaning of the collapse of this bridge is that John Piper is a sinner and should repent or forfeit his life forever. That means I should turn from the silly preoccupations of my life and focus my mind’s attention and my heart’s affection on God and embrace Jesus Christ as my only hope for the forgiveness of my sins and for the hope of eternal life. That is God’s message in the collapse of this bridge.

The “meaning” of this tragedy, from Piper’s Calvinist (some would say, “hyper-Calvinist”) perspective is that sinners are called to recognize the power and greatness of God, to fess up to their guilt, and to repent. Put in the best light, we could say that Piper was trying to be pastoral in a difficult moment, by noting that tragedies are opportunities to have a bigger, deeper (more eternal) perspective on life. Life is short: Are we living in the light of an awareness of its brevity? But of course he was saying much more than that–and with implications that for many of us appear rather horrifying. Many of us wonder: what kind of God would kill innocent people just to teach a lesson about his greatness? Granted, for the five-point Calvinist, these were not “innocent” people. Furthermore, whatever God decides to do is “right” by virtue of the fact that He does it, and on and on it goes.

The “Calvinist Trap” is this: When it comes to every single instance of human suffering, tragedy, trauma, and evil, the Calvinist–to be consistent–must affirm that God is always actively and causally involved. God’s involvement is not just as a divine onlooker or a moderately interested permitter, but as an actively ordaining, causal agent of every single event (however awful, painful, horrifying, or evil) that occurs in our lives and within the flow of history.

For the Calvinist who follows Calvin’s lead on the pervasiveness of divine providence, there is no such thing as a “pointless” tragedy.

Calvin gives us a vivid example in the Institutes of the Christian Religion:

Let us imagine, for example, a merchant who, entering a wood with a company of faithful men, unwisely wanders away from his companions, and in his wandering comes upon a robber’s den, falls among thieves, and is slain. His death was not only foreseen by God’s eye, but also determined by his decree. For it is not said that he foresaw how long the life of each man would extend, but that he determined and fixed the bounds that men cannot pass [Job 14:5]. Yet as far as the capacity of our mind is concerned, all things therein seem fortuitous. What will a Christian think at this point? Just this: whatever happened in a death of this sort he will regard as fortuitous by nature, as it is; yet he will not doubt that God’s providence exercised authority over fortune in directing its end.

By “fortuitous” here Calvin means something like “fortune,” or “chance” or “fate.” While many people tend to view events through the primary lens of “fortune” (or happenstance, or luck–whether good or bad), Calvin insists that Christians must learn to see every event as happening primarily as a result of God’s providence. In this sense, God does everything.

The skill the Christian must learn, so Calvin insists, is how to accept this fact while also worshiping the God who is the ultimate cause of every event in life–whether the “misfortunate” (e.g. career ending knee injuries) or the horrifically tragic (bridge collapses, cancer, rape, Alzheimer’s disease, genocide, ISIS, the global migrant crisis, and so on).

Attributing every single event of history to active, intentional, divine causation makes it nearly impossible (if not entirely) to separate evil from good, God from the devil, or even right from wrong. It nullifies any meaningful sense of “bad luck,” “misfortune” (or “good fortune”), “tragedy,” and human responsibility for evil.

Now, on the “plus side,” the Calvinistic emphasis on the sovereignty of God can encourage trust, faith and worship in the face of suffering. Suffering people are often comforted by the notion that God is in control, and that nothing that happens lies outside of the divine plan. The payoff seems to be: God was not surprised, therefore life is not chaotic, therefore everything will turn out OK. It was meant to be. Furthermore, people are sometimes encouraged by the confidence that God will eventually eradicate evil and suffering and reveal the meaning and purpose of one’s suffering within the over-arching plan of God.

One great benefit of religion throughout its history is its unique ability to provide a sense of meaning in a world that often lacks it. In refusing any place for “randomness” or “chaos” or “misfortune,” Calvinism offers meaning on steroids. But maybe the meaning it offers ends up to be rather hollow, when it comes down to it. That is, when the strength proves to be falsely manufactured.

I think you lose far more than you gain when you embrace a “meticulously” provident God, a micro-managing Divine Being who is the ultimate force or cause behind everything that happens.

It is difficult to see how this God can be truly good. Such a problem led Dostoyevski’s Ivan, in The Brother’s Karamozov, to protest: If at the end of all things God justifies the suffering of even a single child by referring to the greater good—that the ends justify the means—I will return my ticket. I want nothing to do with that God.

It is at the very least understandable when persons formed in the Calvinist tradition are tempted to view God as somehow the origin of evil and as the cause of their suffering. How could a rape victim, for example, handle such a thought? What about a mother or father who lost a son in the bridge collapse? What about the father who saw his dead son wash up on that shore?

It’s one thing to believe that God is present with us as we suffer. That God promises to be near, and even to bring good out of a bad situation. But if we see God as willing tragic events so that people will fear him, or so that we learn some lesson through it, then it’s hard to know whether to worship that God or to run far, far, away. God’s love and grace has been eclipsed by a heavy-handed sovereignty. 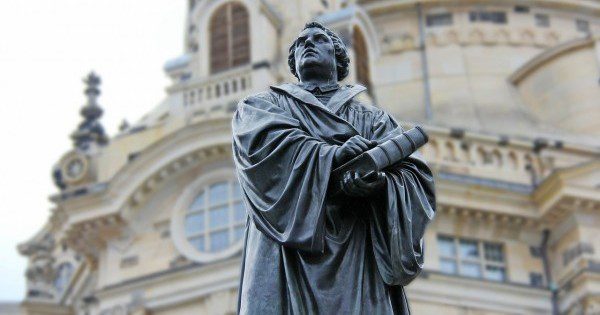 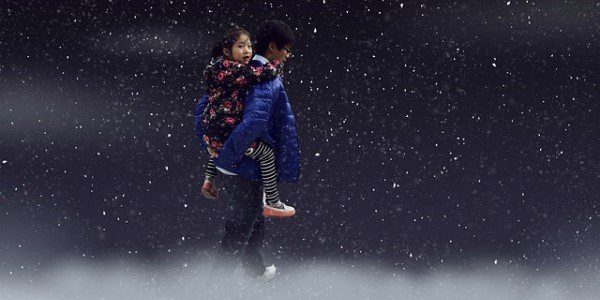 Progressive Christian
Isn't There Such a Thing As "Loving Coercion?"...
Unsystematic Theology 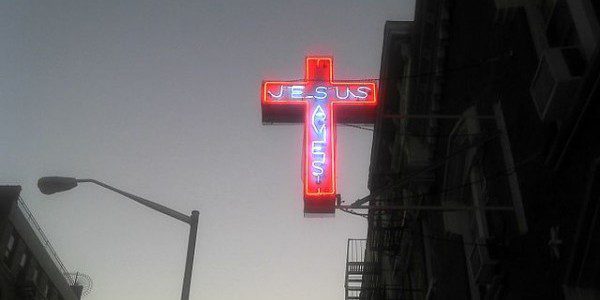