Yesterday I reflected on the most recent Pew Forum results which show yet another increase in the percentage of atheists in America.

Today I read an interview, on my friend Rocky Munoz’s blog, with Dr. Steven Davis, Christian apologetics professor who, after becoming an atheist, recently resigned his position at Manhattan Christian College. He had been at MCC for 15 yrs and prior to that was a pastor for 14 years.

In other words, we’re not talking about a newbie Christian here with nothing to lose. Dr. Davis had been deeply invested in Christianity for decades; both personally and professionally.

My first thought upon reading this brief account of his de-conversion from Christian faith?

Damn, I admire this guy. I admire him for facing into his changing beliefs and having the guts, sincerity, and responsibility to walk away from a career–one which he spent many years preparing for and many years developing.

Granted, it’s painful to imagine an atheist teaching Christian apologetics while only pretending to be convinced by his arguments.

In evangelical settings apologetics is usually defined as something like: the theological and rational defense via argumentation of the superiority of the Christian faith and worldview. So yeah, it’d be pretty hard to do that as a convinced atheist.

Nonetheless, I’m guessing it does happen. There are plenty of ways to suppress cognitive dissonance and keep on taking that paycheck–modest as they might be.

There’s also the potential of a personal and relational cost. Fortunately, in Dr. Davis’ case, his family seems pretty understanding and accepting–though his former colleague don’t seem to be uninterested in keeping up a relationship. Here again, one might be tempted to keep one’s newly discovered atheism quiet.

But for Davis, hiding or suppressing his atheism was not an option.  His personal “mantra,” with which he began the interview is: The truth has nothing to fear.

All that said, I’d like to unpack the interview a bit and then reflect on a point of tension, or possible contradiction even, in Davis’ argumentation.

The interview is nicely organized around five “guiding principles”; these principles are what ultimately led Davis down the road to atheism.

The first guiding principle Davis gives is, as I’ve mentioned above, “The Truth has Nothing to Fear.”  We should seek “unadorned truth,” no matter the cost or no matter where it leads. Fair enough.

The second guiding principle is “Humans are Not Objective.” Rather, we are interpreting beings who operate on the basis of received assumptions about the way the world really is. He doesn’t use this word, but my assumption is that by being “not objective,” he is simultaneously acknowledging that humans are thoroughly subjective creatures–people whose subjectivity shapes, influences, limits, and colors our perception of reality.  Thus, there is no reality as such (unmediated, pure, “objectively” accessible); rather, there is only reality as it appears to me. I’m saying more than Davis said there, perhaps, so he can correct me if I’ve imported something he doesn’t say or believe.

His third guiding principle is that “religious beliefs have been socially constructed.” He refers there to The Social Construction of Reality by Berger and Luckmann, making the point that religions are disseminated, passed on, through the mechanisms of cultural inheritance and social influence. The problem is that many people are not quite aware of the way religious beliefs get passed on to them (or of how they come to believe this or that) and so they have naive assumptions about and unfounded certainty in those beliefs. And this is no doubt true.

His fourth guiding principle is “the necessity of critical thinking.” Davis explains that,

My doctoral program in adult education introduced me to the specifics of critical thinking. I came to realize that adopting and implementing a critical thinking strategy would provide me with the best methodology for applying guiding principles 1, 2 & 3.

By applying the skills of critical thinking, one can “accurately assess his social construct” and “discover, challenge, and expose inaccurate assumptions.” This makes sense. As a theology professor myself, I extoll the merits of critical reflection and “deconstruction” of inherited assumptions. This is all part of the educational, formational, and theological process.

His fifth guiding principle is that “apologetics requires engaging counter-arguments.” The apologist can’t keep her head in the sand, but must bravely face all “comers”–otherwise the apologist is basically admitting defeat.

Davis says that he learned these five principles and tried to consistently apply them in his work as a Christian apologist and professor. This worked well for a long time.

Operating under the assumption that Christianity was true, Davis could seek truth unadorned and fearlessly. He could acknowledge the “social construction of religion,” because that’s pretty harmless so long as you still believe that Christianity is the true religion. And he could sincerely engage all counter-arguments because he believed his arsenal of answers was sufficient to “defeat the defeaters” (as the philosophers say).

At some point though, this process broke down. As Davis tells is, it was his fearlessness and willingness to engage different points of view and critiques of Christianity that ultimately led to the demise of his faith and to his atheism. At some point, his answers were no longer sufficient and his fearless quest for truth led him away from Christianity and theism into atheism.

He doesn’t explain what arguments, which authors, or what aspects of Christianity ultimately led to his loss of belief. I suspect he will address those specifically in the next two posts in the series. Stay tuned to Rocky’s blog for those.

What I find intriguing, as a final point of reflection, is a kind of tension (in my observation) between Davis’ acknowledgement of the depth and pervasiveness of human subjectivity (“humans are not objective,” as he puts it) and his very high estimate of critical thinking. If humans are thoroughly subjective beings–interpreting reality in finite, limited, embodied contexts–then should we trust our ability to apply “critical reason” in such a way as to give us definitive access to Reality as it is? Should we really trust our critical thinking to give us something like “objective” truth, particularly when it comes to the question of whether there is a God/god/gods or not?

Davis now calls himself a “Rational-Empiricist.” He defines this as, “the epistemological position and methodological approach of modern science.” and believes it to be “the best way humanity has for discovering, understanding, and anticipating facts about our world is when reason and experience (empirical data) work together.”

Davis identifies himself as a “6,” or the the most rational/skeptical on Richard Dawkins’ skepticism scale. Dawkins is of course one of the leaders of the “new atheism,” the group of self-proclaimed “brights,”  thinkers who pride themselves on their consistent use of objective rationality and empirical verifiability such that they are set free from the entanglements of heteronomous sources of “knowledge” (i.e. divine revelation, religion, faith).

But the “new atheist” perspective has been met with a whole lot of critique–by some very bright thinkers in their own rights. Is the “new atheists” extreme optimism regarding objectivity and rationality really on solid footing? Is such extreme skepticism regarding the possibility of transcendent, even supra-natural realities really merited?

I’m not trying to derail Davis’ de-conversion. That would be silly. And, I don’t think atheists are going to hell.

But I guess my question to Davis here is whether he really accepts the situation of human subjectivity as he suggests he does (his second guiding principle, that “humans are not objective”)? Or, is he simply saying that because humans are not naturally or usually objective, they need to apply a critical thinking methodology (which is objective) to correct their lack of objectivity–and so they can unmask their unfounded delusions and socialized religious beliefs?

November 4, 2015
The Future of Christianity and the "Nones": Still Rising, Still Spiritual, More Secular
Next Post

November 8, 2015 "Show Them No Mercy" God Says?
Recent Comments
0 | Leave a Comment
"Thank you for these recommendations!The Bible and every other book of relational testimony is never ..."
Herm Recommendation: A Christmas Book for Progressive ..."
"I suppose it does matter whether it really happened the way the legends say, but ..."
jekylldoc Recommendation: A Christmas Book for Progressive ..."
"Try teaching so as to challenge any of the structural and historic racism in this ..."
Michel To Better Understand the Destructive Myth ..."
"And below a perfect example of the obnoxious dogmatist. Too bad so many atheists are ..."
Michel Book Talk: How Millennials Can Lead ..."
Browse Our Archives
get the latest from
Unsystematic Theology
Sign up for our newsletter
POPULAR AT PATHEOS Progressive Christian
1 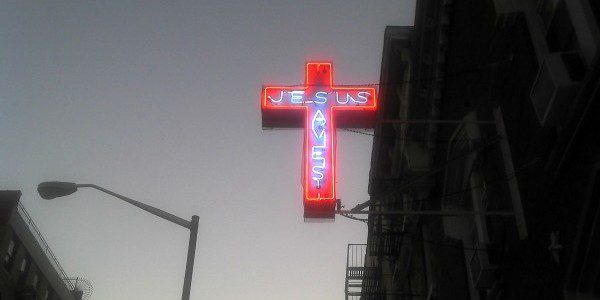 Progressive Christian
Is Deconversion the Result of Rationalism or Emotions...
Unsystematic Theology 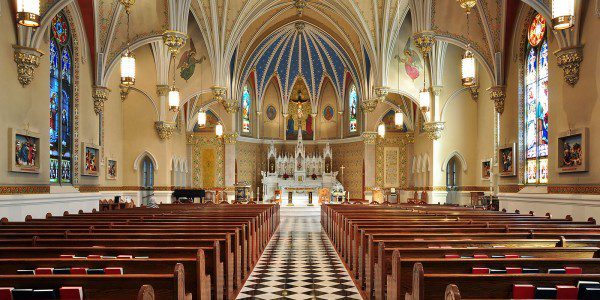 Progressive Christian
The Future of Christianity and the "Nones": Still...
Unsystematic Theology 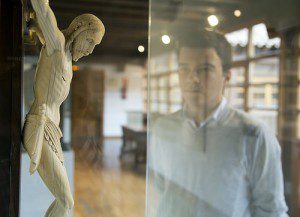 Progressive Christian
Is Religion a Force for Good or Evil?
Unsystematic Theology