Why I am a Unitarian Universalist

Why I am a Unitarian Universalist March 14, 2013 David Breeden

As a good Pentecostal kid, I read the Bible. I read of a God who condemned the oppression of the poor. I read of a Messiah executed for threatening power structures. This is not what I heard from the pulpit. I could not reconcile this dissonance in my mind. I felt alone.

At college I found a small group of humanists who called themselves Unitarian Universalists. They were joyful people whose values of commitment and compassion I admired. I was not alone.

I am a Unitarian Universalist because I believe religions are very human attempts to find meaning and purpose. The texts and practices that have accumulated over time are at once sad and glorious, brutal and loving.

We humans, all through time, have been whistling in a graveyard. And writing poetry. 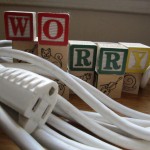 March 15, 2013 What's (Not) To Worry About?
Recent Comments
0 | Leave a Comment
Browse Our Archives
get the latest from
New Visions
Sign up for our newsletter
POPULAR AT PATHEOS New Visions
1

The Secret Story Behind the Resurrection...
Wake Up Call
4

Inside the Pandemic
Now that we can’t touch, I am awash with all the ways...
view all New Visions blogs
What Are Your Thoughts?leave a comment
Copyright 2008-2021, Patheos. All rights reserved.
error: Content is protected !!