In The Prophetic Imperative: Social Gospel in Theory and Practice, Rev. Richard Gilbert lays out a Unitarian Universalist interpretation of worship. He wrote:

The church is a worshipping community, a religious community that deliberately and regularly gathers together to celebrate life in all its dimensions. Worship understood as the celebration of life is the most generally accepted definition in Unitarian Universalist circles today. Worship derives from the Anglo-Saxon weorthscipe, pointing to and celebrating that which is of worth. Religion is derived from the Latin religare and means to bind together. The form of this religious worship is called a liturgy from the Greek words laos (people) and ergos (work), literally, “the people’s work.” All this leads to an understanding of worship as a binding together or coming together of people to fashion ceremonies pointing to what they regard as of worth.

A primary point of coalescence in Unitarian Universalism is our emphasis on the value of inclusion. From the first principle to the last, we covenant to affirm the worth and interdependence of all existence. Institutionally as an Association of Congregations, we are working to name and undo systemic exclusions that we have been educated into not seeing. Those at the margins can see the growing edges of an organization most clearly. Our faith calls us to trust this naming and bring these insights into the center of our institutions, welcoming even challenging visions.

One named challenge is time of worship. This is not a criticism of Sunday worship, but rather, a critique noticing “who is not at the table” as well as, “who is there but not getting fed.” Sunday morning service is deeply embedded in the Protestant tradition from which Unitarian Universalism emerged. It matters that we examine this practice with anti-racist/anti-oppressive/multicultural lens, unpacking the assumptions and exclusions that come with simply following this tradition. Certainly, no single time will work for everyone. But having only one day and time for worship each week excludes many from being a part of an inclusive religious community with a life affirming faith.

Similarly, having only one way of worship, (the “sermon sandwich” Protestant-style service, which with a few modifications can be traced to the 17th century), can be seen as an exclusionary practice through AR/AO/MC lens. Not only does it privilege a particular canon, it is extraordinarily challenging for many youth and elders of multiple identities to engage meaningfully in the service. It is said that how a society treats the youngest and the eldest tells us about the state of its soul. As a faith, we are morally called to serve the youngest and the eldest with as much attention as we give to everyone in between. The integrity of our “collective soul” depends upon it.

Social change agents tell us that people fear not change but LOSS. What could be lost when all are included? Comfort. Security. A sense of control, maybe. What could be gained? Our very humanity and the embodiment of our faith.

Come beloveds, let us do the people’s work together… 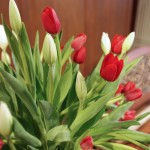 April 7, 2013 Signs of New Life
Recent Comments
1 Comment | Leave a Comment
Browse Our Archives
get the latest from
New Visions
Sign up for our newsletter
POPULAR AT PATHEOS New Visions
1