I had an interesting conversation with a friend the other day about a controversy in her church. A member raised the question to the congregation about what their policy should be about bringing guns to church. This was not a question that had ever crossed my friend’s mind in the course of many years of church-going in Chicago, but she’s in another part of the country now, and the question is real. And, if you’ll forgive the pun, loaded.

There are members of the congregation who cannot fathom why anyone would carry a gun anywhere other than a shooting range or a hunting trip, and maybe not even then. They feel threatened knowing that there is a deadly weapon in their midst, and offended by the idea of bringing an instrument of violence into a place of peace.

There are also members of the congregation who, it turns out, have been bringing their guns to church all along. They see carrying a gun as an act of community service, a way to keep the community safe should it be threatened from the outside. Carrying a gun makes them feel safe, and makes them feel like they can contribute to the safety of loved ones around them.

It does not help that these two opposed and mutually contradictory views are also associated with differences of class and culture, making any conversation deeply fraught. It’s the kind of situation that doesn’t have a clear, correct solution, and the opportunities for offending people, for misunderstanding motives and assumptions, are rampant. There is no compromise. You can’t “sort of” bring a gun to church. You allow it or you don’t, and saying, “Well, just don’t bring a gun if you don’t want to” is not much consolation to a person who feels that they can’t settle into the prayers of the community knowing that a person next to them is armed and prepared to kill.

My friend wasn’t asking for advice, but if she was, here’s what I would have said—and I think it applies to the unsolvable issues that each of us has to decide on throughout our lives. When there is no way to answer a question, it is probably time for a deeper question. There’s no good way for this congregation to answer the question: “Should people be allowed to bring guns into our sanctuary?” But maybe it would be helpful for congregants to be in conversation with one another, taking turns answering the questions “What frightens you?” and “What makes you feel safe?” It might not provide a clear-cut answer to the original question, but it would provide a way for people to tell their stories, to approach one another less from a place of knowing what is right and wrong and more from a perspective of what Nelle Morton called “hearing each other into speech.” People could relate dreams they’d had about guns, tell of their own experiences with guns, tell the stories their parents or grandparents related to them in which guns meant terror or survival. These conversations might not lead to a clear answer as to whether or not guns should be allowed in worship, but they would help to weave the fabric of the community together rather than tearing thread from thread in a pitched battle over who is right and who is wrong.

There are plenty of subjects in this country which have become that kind of battleground: abortion, gay marriage, gun control, aid to the poor, climate change, etc., etc., etc. And it’s pretty much impossible to have a conversation amongst 300 million mostly unrelated people. Which is why it is so important to grab onto these conversations wherever we can: in our churches, on Facebook, with relatives and friends. As we slip ever more deeply into a culture in which differing opinions descend into obscenities and name-calling in the comments sections of news sites or YouTube, it matters more and more that we find ways to turn to the questions behind the unsolvable questions, that we hear each other into speech. If there’s one thing that most of us can agree on, it’s that society and government based in mud-slinging and sheer contrariness gets us nowhere. We need questions that demand that we put our full humanity into the answers. 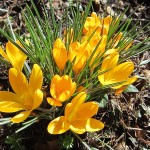 June 20, 2013 They Walk Into the Place Where (a reflection on immigration)
Recent Comments
0 | Leave a Comment
"Dear Author,As I read your words I am both "boosted", yet simultaneously frustrated for the ..."
Scot Reichman The Spiritual Practice of Agnosticism
"In other words it should be'celebrated' in the way we 'celevrate" Remembrance Day (11th hour ..."
Ivlia Blackburn The Meaning of Memorial Day
"Talk about that moral arc of the universe that bends toward justice is metaphysical talk—theology—not ..."
NoDifference #Charlottesville and Getting Real
"My tradition is Advaita Vedanta. Yoga is actually union with God. Advaita recognizes no duality ..."
Arthur Shimkus To Whom It May Concern: the ..."
Browse Our Archives
get the latest from
New Visions
Sign up for our newsletter
Related posts from UU Collective