I subscribe to the notion that separating out religion from other meaning-making systems is valid only for the sake of convenience. I agree with anthropologist Jonathan Z. Smith who says,

Allowing for humor and rhetorical overstatement, Professor Smith’s point is that we human beings exist in a matrix of symbolic systems that we separate out only for the sake of contemplating (and one hopes clarifying) them. In our minds and in our lives, the meanings are all mushed up, a puree or whip of meaning and purpose. Sometimes we question the powers that be in our lives; often we don’t.

Since Emanuel Kant, it has been clear to many people that human beings are meaning-making creatures and that the meanings we create exist in systems of narrative and symbol. In these systems, it’s us or them: we control them, or they control us. Whenever we aren’t paying attention, it is the latter.

Religions are one way human beings create meaning. A religion is a subset of narrative and symbol within a system. A system separated only for convenience and clarity.

Given this mushy matrix, removing what is conventionally called “religious” (or “spiritual”) from a personal or collective meaning-making system does not leave a hole or gap, but is rather an opening that other symbolic systems will fill.

Think for a moment how many people you know who actually take meaning and purpose from the god concept. My suspicion is that the concept actually functions as shorthand for something else in most human lives.

The central question for theology is not . . . primarily a speculative question, a problem of knowledge at all. Most fundamentally it is a practical question: How are we to live? To what should we devote ourselves? To what cause give ourselves? Put in religious terms: How can we truly serve God? What is proper worship? (Face of Mystery: Constructive Theology)

Your cause might be survival. Approval. Family. World peace.

Often the god concept becomes the straw man who underwrites preexisting wishes and prejudices. The symbolic systems we live in are difficult to see and even more difficult to separate into understandable strands. Most difficult of all is putting all the strands back into a conceivable whole. Yet, finally, there is no religion, no politics, no self. Only the forest of symbols we wander in.

July 7, 2013 Weeding Out Racism
Recent Comments
0 | Leave a Comment
Browse Our Archives
get the latest from
New Visions
Sign up for our newsletter
POPULAR AT PATHEOS New Visions
1 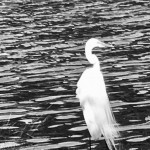 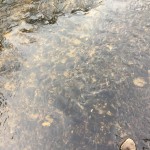