There’s really no need to refer to specifics. When you’ve been a citizen of the United States as long as I have, you’ve heard it all before: national security; stopping this or that madman; ending drugs or terror or Communism; honor. Whatever. The point is always the same: now, in this situation, violence will actually work to fix the problem. Unlike all those other times! And the United States, like an abusive spouse, swears this time is not like all those other times.

A few years back I worked with a group of committed Unitarian Universalists on what we call a “statement of conscience” concerning war. Oh, the squeals. The Unitarian Universalist movement is not, after all, a “peace church” like the Quakers or Mennonites. As a matter of fact, Unitarians and Universalist have been complicit with, if not instigators of, most of the violence in the US since that civil war referred to nowadays as “the Revolution.”

And so the well-meaning and committed group attempting a statement of conscience concerning the violence of nation-states sank into the weeds of “Just War Theory” and other bromides.

Pacifism has never done well among Unitarians or Universalists. The list of pacifist ministers is short, though the prominent Universalist Clarence Skinner and the prominent Unitarian John Haynes Holmes are on it. (The pacifism of Holmes led Theodor Geisel, pen name Dr. Seuss, to write, “If we want to win, we’ve got to kill Japs, whether it depresses John Haynes Holmes or not.”) Another name on the list is John H. Dietrich, a predecessor of mine at the congregation I now serve. It’s a short list, but I’m proud to be on it.

No, the present situation is not like the First or Second World Wars. Fortunately. And, yes, there were some good excuses for killing people, at least in the Second one. Still, the human propensity toward violence and its manifestation in the violence of nation-states is odd, to say the least. It doesn’t serve much of a purpose, either, does it? The human propensity toward violence does appear to be innate, though the fact that murder rates vary from one murder per hundred thousand people in many European nations to twenty murders per hundred thousand in the US argues that violence has a large cultural component. The US is a violent culture, and that violence spills out across the globe.

Will it ever end? Probably not. In the present kerfuffle, pacifists like me will have to bow our heads once again and wait for the inevitable results. But we aren’t required to like it. And we can keep calling it what it is–silly, silly, silly. 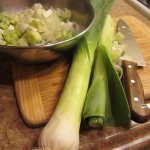 September 6, 2013 And Now, Introducing...Food
Recent Comments
0 | Leave a Comment
Browse Our Archives
get the latest from
New Visions
Sign up for our newsletter
POPULAR AT PATHEOS New Visions
1