The Playground Atheist Looks Back

It may be that every elementary school, across the whole South, has at least one self-appointed Playground Atheist. You know the type: when all the other kids are showing off their new “WWJD” bracelets and mooning about how cool the youth pastor is, there’s a sharp-eyed fellow, standing there by the slide, not believing any of it for a second. When the typical debates come up—for instance, do dogs go to heaven—it’s the Playground Atheist who explodes the whole conversation. “Heaven!” he’ll say. “Heaven?! What are you, a moron?” Yes, it’s this kind of gentle, persuasive approach that has endeared Playground Atheists to junior Christians through the Southland for time immemorial. And, at Bearden Elementary School, as the Reagan years came into full bloom, the Playground Atheist just happened to be me.

From time to time, the Tennessee State Legislature will cook up a wild idea. So it happened, when I was in fourth grade, that a reporter from the local NBC affiliate came to visit, with a camera-man in tow. The legislators in Nashville were considering whether to mandate prayer in school, and this reporter was on a mission to find out what the fourth-graders thought. To start off, she had us all bow our heads, our hands folded on our desks. Then, she opened it up for discussion. Well, what did we think? To absolutely no one’s surprise, it was Matthew who spoke first. Everyone in the zip code knew Matthew loved Jesus. Just adored him. Brought him up all the time. So, his eyes shining, Matthew accepted the chance to lay out his convictions. All around the room, heads were nodding. The reporter gave thanks, then asked if there were others. A girl in the back chimed in, to reinforce Matthew’s point: this was a world that stood ever in need of more prayer. Reporters are trained to fish for intrigue, for friction. So, as hands waved in the air, she wondered if anyone had a different opinion. The hands dropped. There was silence. A friend is someone who knows just what lapses in judgment you are prone to make, and will leap in to stop you. My lapses tend to be about talking at times when I shouldn’t. I recall the face of my good friend Jeff in those slow-motion seconds staring at me intently from across the room, shaking his head, and mouthing the word, “Don’t.” But there it was. I had raised my hand. The microphone dangled close. The camera drew near. The room emptied of air.

Later, I recalled having made mention of things I happened to know about the Constitution. I still believe it is possible I uttered the phrase, “church and state.” But none of these high-minded words and ideals appeared on the local news that evening at 6:00 and 11:00, and again on the early-morning show. No, instead, what the good people of East Tennessee saw was a chubby boy with thick glasses, announcing to the whole world that God didn’t exist.

As soon as the reporter departed, the whisper of scandal began threading its way through the entire fourth grade. And then the whole school. By the next morning, certain classmates were able to tell me just what their parents thought about a boy who’d say something like that on TV. My parents, I gather, also took in some feedback. What I had was not fame. It was outright infamy. Before, my atheism had been an occasional source of wonder, the kind of pride you take when a neighbor happens to own an exotic bird of bright plumage, to have some proximity to something so odd. The Christians even seemed to enjoy my earnest challenges, seeing it perhaps as a kind of a trial. But this time, it seemed, the Playground Atheist had taken it too far. To say something hateful about Jesus at recess was one thing. To broadcast it so everyone could hear it? Unacceptable.

The week ratcheted on, in the slow agony of exile. But then, Thursday afternoon, two hand-written letters arrived. Both from the Unitarian Universalist church. One was from my Sunday School teacher. The other, from the Minister of Religious Education. Without even opening the envelopes, I knew what to expect. And sure enough, there it was: they were proud. Not of my atheism, per se. But of the character they said they saw in what I’d done. Like ancient prophets our Sunday School class was studying that year, said one, I had stood my ground, and had said what I thought. The next day, the purgatory of exclusion continued. But somehow, I didn’t mind it as much—a cold shoulder was nothing beside what Jonah or Amos had faced. And by Monday, it seemed, all was back to normal.

In all the years since, my theology has evolved. I have taken communion, stopped in awe before mountains. I have prayed till tears come, and sat in meditation for long hours in a dark Buddhist Zendo. But, truth be told, it was as an atheist that I first came to see, in a way that was real and has not failed me since, how I am part of a love wider than my own life, and how that spacious embrace makes itself known to me, most often, through a community like the one that first told me, “You are not alone.”

November 19, 2013 Songs that Save Us
Recent Comments
0 | Leave a Comment
Browse Our Archives
get the latest from
New Visions
Sign up for our newsletter
POPULAR AT PATHEOS New Visions
1 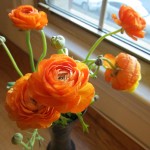