A few weeks ago, I decided that this is the year that I am going to smash a few windows. I wrote all about it in this post here. I wrote about my struggles with comparisons and image and perfectionism, about all the ways that I let fear and doubt and what others might think hold me back, about the ways that I am trying to carve out a new way to define what is means to be balanced and successful and happy.

And I wrote about how it has become painfully clear to me that I am not the only one who suffers from this Frosted Window Syndrome, from this disease of dis-ease that thrives on Comparisons and Never-Enoughs and Gotta-Haves and the Pursuit of Perfection and the Quest to “Have It All.” I wrote about how it absolutely breaks my heart that so many people are fighting this never-ending battle to feel like they Measure Up, that so many people feel like they can’t Keep Up and that they are Not Enough.

I wrote about how I planned to smash some of those windows.

When I wrote all those things, it felt good to publicly commit to putting an end to the madness with plans to quit the Comparison Game, to quiet the Voices, to see what is Real and True, and to focus on what really matters.

It felt good…as a goal, an abstract, an intention.

And then, I was handed a hammer and put to the test. It was as if Something or Someone seemed to be saying, “Here you go. Let’s see if you really meant everything you just wrote. Let’s see if you can really smash some windows.”

Because not more than an hour after I hit “publish” on that post, a few windows started to frost up. Within mere minutes, I had two more rejections of my manuscript, I parted ways with my agent, and I suddenly found myself facing rather grim prospects of ever finding a publisher. I won’t get into the specifics of it all, except to say that the rejections were largely due to the fact that I am a Unitarian Universalist (astonishing, right?!?) and to say that none of it was all that surprising. Hurtful, yes. Surprising, not so much.

But while none of this was a huge surprise, the simple truth is that rejection hurts, even when it is anticipated. Setbacks are disappointing, even when they are expected. Closing doors echo very loudly, even if I am the one closing them.

As the events transpired, and I read the disappointing and hurtful words – words that were closing so many doors that I had optimistically held open for so long , words that called my faith into question – I found myself face-to-face with the frosted window of rejection and disappointment and (maybe even a little discrimination), with its cold and dark stare whispering you’re not enough, you’ll never make it.

For a moment, I was absolutely terrified that I might not have the strength to wipe away the muck and grime, let alone smash any windows. I feared that, despite my best intentions to focus on what is Real and True, I was still trapped by the hazy blur of false hopes and comparisons and put-downs. I worried that I just don’t have what it takes.

I re-read the email that was closing so many doors, absorbing the enormity of the information. My stomach lurched and tears sprang to my eyes.

But they did not fall. In fact, I found myself surprisingly relieved, almost uplifted. I knew that should feel disappointed and that I should be angry, but, honestly, I just wasn’t. Because, amidst all the hurt, I knew that I had been given an invaluable gift of a hammer and a very timely opportunity to use it.

You see, when I started writing and working on my first manuscript, I told myself that I was doing it because I wanted to share my ideas, educate others about Unitarian Universalism, explore spirituality in a new light, and fulfill a dream. (The idea of a flexible career with a pajamas-and-yoga-pants dress code didn’t hurt either.) But, if I am being really honest with myself, my goal of writing a published book was significantly blurred by a (conscious or subconscious) quest for popularity, recognition, approval, acclaim, and financial success. And because of those frosty distortions, I often lost sight of what lay beyond the Frosted Window – connection, support, purpose, fulfillment.

Over the past two years, as I have shared my words and thoughts and fears and dreams, slowly I have scraped away the frosty haze of false hopes and misguided intentions and slowly I have begun to see what Real and what is True.

So when I received the disappointing news and was confronted with that all-too-familiar feeling of rejection, I knew that I should be upset that what I hoped for was slipping through my fingers yet again. But I just wasn’t. Because I knew that what would be left behind were the things that really matter.

Don’t get me wrong, I would still love to find a publisher for my manuscripts and I am not giving up on my dream of one day being a published author, but after using the hammer to get rid of the frosted haze that had been blocking my view, there is much less anxiety and desperation to it all. Without the blurred view, it is far easier to see that I already have what really matters – faith, love, support, fulfillment. And with shards of cloudy glass around my feet, it is far easier to see that when it comes to writing and spiritual community (and, I suppose, life in general) that this right here – the sharing and connecting – is what really matters.

January 16, 2014
A Gift, A Letter, and a Drowning Man: The Legacy of "Letter from Birmingham Jail"
Next Post 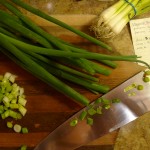 January 20, 2014 How Is It with Your Day?
Recent Comments
0 | Leave a Comment
Browse Our Archives
Follow Us!

Our Conversation with Death
Everyone who lives is called to be in conversation with Life and...
view all New Visions blogs
What Are Your Thoughts?leave a comment
Copyright 2008-2020, Patheos. All rights reserved.