What Bowling Taught Me About Patience

What Bowling Taught Me About Patience January 31, 2014 Christine Organ

A couple of week’s ago, on a cold Chicago afternoon, after being cooped up for most of the week, my husband and I looked at each other and said, “Let’s go bowling.”

Now, nothing says wholesome family fun quite like putting on some smelly communal shoes and listening to drunk men swear at the football game, but after being cooped up in the house for more of the week, we were just a little bit desperate.

Matt and Jack have gone bowling together a few times, but this was the first time that Teddy had been bowling. After trying on three (three!) different pairs of shoes, convincing him that the bowling ball that looked like Darth Maul was too heavy for him (he’s just a tiny bit obsessed with Star Wars), and showing him how to put his almost-four-year-old fingers in the ball and roll it down the lane, he was ready to go.

“Self! Self!” he stubbornly said in true Teddy fashion.

He walked to the line holding the ball with both hands and I have never been more certain that a trip to the ER for a broken toe would be in our near future. (By the grace of God, he made it out of the bowling alley with all ten toes intact.)

For ten frames, Teddy grabbed his ball, stepped up to the line, and heaved the ball as hard as he could down the lane. Most of the time, he rolled the ball right into one of the bumpers and it would sloooooowwwly bounce its way down the lane. On each of his rolls, the ball moved so slowly, in fact, that I was pretty sure that it wouldn’t make it to the pins. And, more than a few times, Matt and I exchanged a look that said, “Which one of us is going to ask the surly desk attendant for help when the ball stops in the middle of the lane?” (Fortunately, we never had to answer that question, but for the record, it would have been him.)

On every one of Teddy’s turns the ball moved at a snail’s pace, barely moving down the lane until, finally, it would make it to the pins and maybe even hit down a few. As one of THE most impatient people on the planet, I found the delay to be a bit unsettling at first. Waiting for the ball to plod down the lane, I felt nervous, jittery, and antsy.

But, after a few frames, I realized that what I was feeling wasn’t actually impatience; it was fear. Fear that the ball would never make it, fear that we’d have to ask for help from the surly man at the front desk, fear that Teddy would end up in a tantrumy heap of tears.

But, after a few frames, I realized that the ball would eventually make it to the pins even though it looked like it might stop moving at any moment. And with the fear of not making it subsiding, the waiting actually became the best part of it all. Because in the waiting, I had time to soak it all in. I could watch Teddy’s eyes light up as the ball moved down the lane, I could steal a few glances at my husband, and I watch my older son add up the scores on the screen.

Once the fear of never became the confidence of eventually, I was able to look at the waiting and the slowness in a whole new light.

And I wondered: How many other times have I mistaken fear for impatience? Fear of the never or the always. Fear of the falling and failing. Fear of dead ends and asking for help. Fear that without the end, the means just don’t matter.

And in this fast-paced, frenzy to get something or do something or hit the target, how much has gone unnoticed and how much enjoyment have I missed in the slow-moving journey?

I’ve been struggling a lot with impatience lately, wanting things to happen now, now, now. But I am realizing that this need for things to happen on my timetable is less about fulfillment and satisfaction, and far more about fear. Fear of losing control, fear that I will never make it, fear that I am somehow lacking just as I am and right where I am, fear that I won’t be satisfied until the pins are knocked down so to speak.

The ball moves slowly, more slowly than we’d like, many times. And we wait and we wait and we wait, growing increasingly tired of all the waiting and more fearful that the ball might actually stop. And in all of that fear, we miss it. We miss the twinkly eyes and the emotions, the bouncing back and forth and the graceful movement to it all, the sights and sounds and people and various goings-on that are actually a really big deal if we’d just stop focusing so much on those damn pins at the end of our lane and trust that the ball will eventually get there.

After bowling for a few hours last Sunday afternoon, and watching the ball move slowly down the lane, I realized a few things. I realized that the ball will slowly, eventually, finally reach the pins; it just takes a little longer sometimes.  I realized that if the ball does stop, you can always ask for help (even if you have to ask the surly man behind the desk), get a new ball, and roll again. And, most importantly, I realized that there is so much good stuff going on while we wait for whatever it is that we’re waiting for.

So take your time. Pay attention. Enjoy the journey.

And know that, even when the ball moves slower than we ever thought possible, that at least the pins are happy for few extra moments of peace. 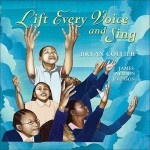 February 3, 2014 There Are Many Right Ways
Recent Comments
0 | Leave a Comment
Browse Our Archives
get the latest from
New Visions
Sign up for our newsletter
POPULAR AT PATHEOS New Visions
1