Circle Round for Freedom 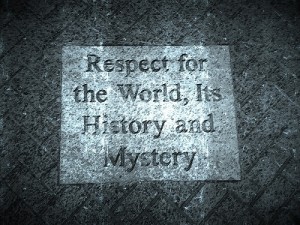 The opposite of liberal religion is not conservative religion. It is fundamentalism – the deep certainty that there is only one truth and only one way of knowing that truth. As a liberal religion, Unitarian Universalism acknowledges a plurality of possibilities; lifts up that the Dominant Culture may dominate – but that it is dominating other cultures, other truths, other experiences of the world. The work of our faith is deeply grounded in this vision of a multiplicity of stories being seen, heard, and respected.

I did not know when I drafted these words, an early Sunday morning handwritten addition to the printed text, that they would be radically embodied that day by events in a congregation I serve as a community minister. In the midst of our prayer and meditation, fundamentalist disruptors began spewing hate and vitriol into our holy, sacred space.  http://uptownmessenger.com/2014/07/mayors-office-issues-certificate-recognizing-abortion-protest-group-for-service-to-city/

Beloveds, I have never been prouder of my faith community. The youth led the way in circling the congregation together, forming a ring around the sanctuary and singing sustaining songs. Soon it became clear who was choosing to be beloved community and who was trying to destroy it. Even in this distinction, all were notified that they were welcome to remain in worship if they could do so respectfully. If not, they were respectfully invited out the front door, to protest outside.

The congregation met the challenge of religious terrorism with courage and a commitment to the values of our faith, standing on the side of love without surrendering to hate.

Whatever your faith tradition, I invite you to stand with Unitarian Universalists and other liberal religions besieged by hate-filled rhetoric that can trip so easily from violent words to violent deeds. Stand with us against those who would destroy the concept of religious freedom, those who invade and desecrate sacred worship space, who terrorize children and adults with their malice.

Stand with us on the side of love.

July 24, 2014 House on Fire: Church Attendance in the US
Recent Comments
0 | Leave a Comment
Browse Our Archives
Related posts from UU Collective