#Baltimore and the Failure of Human Flourishing

#Baltimore and the Failure of Human Flourishing April 30, 2015 David Breeden

Huffington Post called the president’s remarks on the Baltimore uprising “the most honest fifteen minutes of Obama’s presidency.” What did Obama get honest about? He said,

In those environments, if we think that we’re just gonna send the police to do the dirty work of containing the problems that arise there, without as a nation and as a society saying what can we do to change those communities, to help lift up those communities and give those kids opportunity, then we’re not gonna solve this problem.

If we really want to solve the problem, we could, it’s just it would require everybody saying this is important, this is significant and that we just don’t pay attention to these communities when a CVS burns. And we don’t just pay attention when a man gets shot or has his spine snapped.

It is frightening when the power elite can’t state the obvious. Imagine that—actually caring about our fellow US citizens when they aren’t on TV . . .

After all, in that “We the People” document, the goals are . . . “to form a more perfect Union, establish Justice, insure domestic Tranquility, provide for the common defense, promote the general Welfare, and secure the Blessings of Liberty to ourselves and our Posterity . . .”

Oh, wait. It appears Justice and domestic Tranquility don’t exist in Baltimore. “General Welfare” certainly doesn’t, with an unemployment rate of 37% among young African American men. Huh. How about that.

Where is the vision? How can it be that stating the obvious is so difficult?

THE END OF POWER

W.S. Gilbert, of Gilbert and Sullivan fame, once wrote,

I often think it’s comical—Fal, lal, la!
How Nature always does contrive—Fal, lal, la!
That every boy and every gal
That’s born into the world alive
Is either a little Liberal
Or else a little Conservative.

The recent events in Baltimore underline the inability of the US governing class to achieve much in the way of domestic tranquility, let alone general welfare for the populace. More than one pundit has recently claimed that the US and other nation-states as known in the Twentieth Century have fractured into irreconcilable tribes. The US is a good example, never having coalesced across the Mason-Dixon divide, and now fractured into Left and Right, white and non-white, rich and poor. Then there are the fractures due to language and religion. Tribes and tribalism. 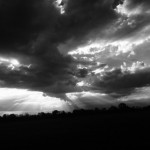 prophet . . . Mick Jagger . . . ironically put it, “He can’t be a man because he doesn’t smoke / The same cigarettes as me.” That’s an attitude conducive to mass marketing and endless warfare. It is not an idea conducive to domestic tranquility or the general welfare.

I have no illusions about a Good ‘Ol Days when “we the people” embodied our ideals. What is known as the Baltimore Riot was an attack of Confederate sympathizers on a Union musical band in 1861. What is known as the Baltimore Riot of 1968 was quelled with such force that it put the corrupt governor of the state, Spiro T. Agnew, into Federal office. There haven’t been any good ‘ol days.

If nation-states are to survive in any meaningful way, those of us (left right black white religious secular etc., etc) who believe that human flourishing is the meaning and purpose of communal government must insist upon that fact and act upon it.

Yes, fal, lal, la! Time to join in the song. It’s the human comedy. But it’s no joking matter.

May 7, 2015 Hate and Homo Sapiens
Recent Comments
0 | Leave a Comment
Browse Our Archives
get the latest from
New Visions
Sign up for our newsletter
POPULAR AT PATHEOS New Visions
1