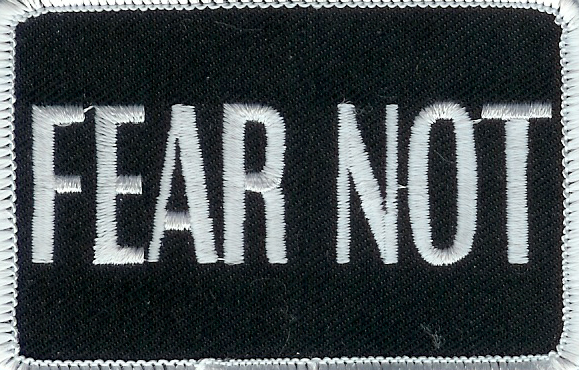 “The one most frequently repeated command in the Bible is not “love your neighbor,” but “fear not.” And if there is one thing that we need in our world, if there’s one thing that we should write on our mirror and see every morning when we look into the mirror, it’s “fear not.” If we went into the day with that command deeply tattooed on our heart, “fear not,” we’d be completely different people and create a completely different world—a world of faith.” (Brother David Steindel-Rast, OSB)

On Friday evening, after an Undoing Racism™ training with the People’s Institute for Survival and Beyond, I went home to do some gardening while processing and integrating the experience.  I heard an elder neighbor calling my name and I walked down the street to check in with her. For fifteen minutes I stood there as she filled me in on all the evil happenings in the neighborhood – a man two blocks up who had been robbed getting out of his car at night, the neighbor who they called the cops on for indecent exposure, the alley way by my backyard that she had seen young men ducking into. “You gotta be careful, baby. You gotta pay attention and be careful. Things have gotten bad out here. You can’t even sit out on your porch anymore without fear.”

Shortly before this conversation, Louisiana’s Governor issued an Executive Order to prevent the resettlement of Syrian refugees in the State of Louisiana. The United States House of Representatives passed a bill to halt the admission of Syrian refugees into the U.S. until “they undergo a more stringent vetting process — the strictest ever required for people fleeing a war-torn nation.”

Many people are making clear parallels between the Syrian refugee predicament and the thousands of Jewish refugees seeking asylum in America in the late 1930’s and early 1940’s who were denied admittance to this nation. Historian Deborah Lipstadt says that the State Department’s attitude in the 30’s and 40’s was shaped by wartime paranoia and downright bigotry. “All those things, they feed into this fear of the foreigner,” she says. By the time the US belatedly accepted tens of thousands Jewish refugees, millions of Jews had already died in Europe.

In the midst of processing this boatload of local and state and global fear, I had a flash back to a long ago winter, my first year at college.

As a Southern born and raised who ran away from the farm to go to college in Minnesota, I vividly remember that first morning, after months and months (and months and months) of dark and cold and snow and ice, when I stumbled on a tiny purple flower pushing its way up through the snow.

I all but knelt down in worship – only my self-consciousness about what others might think about the weird southerner and the thought of cold wet pants kept me on my feet. I may have wept. I had so much gratitude for that beautiful promise of life restored and winter ending that I was flooded with joy. Yes, it did snow again before the winter ended and I lost sight of that beautiful crocus blossom. But I did not lose the gratitude, the grateful, joyful heart that carried me through until spring.

We are in a winter season of fear in this nation and in our congregations. We worry that we are not safe, that we do not have enough – enough money, enough energy, enough resources. In the United States, white people worry about terrorist attacks and about being robbed, black people worry about their children being killed by the police and their churches being burned to the ground, Muslims worry about being attacked by vigilantes and their mosques being targeted for violence, transgender people fear for their lives every single day.

And so we need each other. We need to notice and give thanks for the crocus through the snow, for the creative resistance alive on our streets today in the Black Lives Matter movement, for the promise of collective liberation.

In Own our history. Change the story., Brené Brown concludes:

Until we find a way to own our collective stories around racism in this country, our history and the stories of pain will own us…We will not get away from the violence and heartbreak. Fear and scarcity will continue to run roughshod over our country.

And here is the joyful promise buried in that conclusion:  if we face our history and our fears with courage, we can practice gratitude for reclaiming the wholeness of our own humanity. And gratitude practice really does shape us into joyful people. And joyful people are not afraid of not having enough. Joyful people can share power and resources and fear not. We can trust that we are enough, worthy of love and worthy to share love.

We are called, as a people of faith, to spiritual practices of courage and gratitude that encourage us to work through our own fears and expand our own hearts until we are enough –together. In this season of giving thanks, may we choose to fear not and to live with courage and gratitude into the promise of collective liberation. 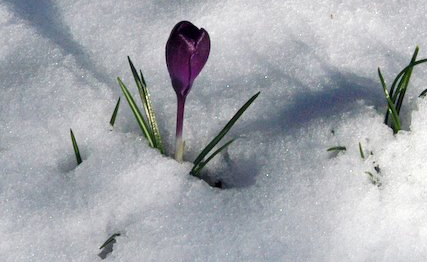 November 26, 2015 Grace for the Rest of Us
Recent Comments
0 | Leave a Comment
Browse Our Archives
get the latest from
New Visions
Sign up for our newsletter
POPULAR AT PATHEOS New Visions
1