In the Face of Evil

So much heartbreak, so many dead, so many injured. This is what evil looks like—people who would willingly, even eagerly, fire into a crowd or into a plane, who would even use their own body as bomb. Evil lurks in the eyes of 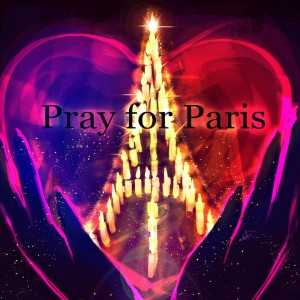 those who
would look full in the face of another human being who is begging for mercy and pull the trigger or strike the blow. It is everything that stands counter to mercy, to empathy, to the reality that we are all parts of the same body on this planet earth.

But here is what we tend to forget. The evil ones know that they are right. They know their cause is worthy, that their actions are justified. They know that God and Truth and Right are on their side. They are, of course, badly mistaken, but they are sure.

Which might serve as a bit of a wake-up call. Because if the evildoers know that they are right and good and justified, then how do we, the good people, know that that we are not equally convinced of something that is equally wrong? When a police officer shoots someone in the back as they are running away, or strangles them as they beg for air or shoots someone who is handcuffed and on the ground, their actions are couched in the language of law and order. But if the cause of law and order leads you to kill someone as they beg for mercy, if it leads you to shoot a 12-year-old before you realize the gun he is holding is just a toy, if it means that people taken into custody mysteriously end up dead, then might it be time to question what exactly you mean by the cause of law and order?

By their fruits you shall know them. If your beliefs, if your convictions, end up breaking people’s bodies or hearts or spirits, then maybe it is time to wonder if those beliefs are pushing you toward evil, not good. If your beliefs declare that certain people (the gays, the immigrants, the Republicans) are anathema, that some group of people is unworthy of compassion and respect, then you are standing on the side of the terrorists. The terrorists who are hoping that violence will be answered with violence, so that they can be even more certain that their violence is justified and right.

There is no easy answer, no solution that will make us all safe in the face of evil. But there are ways, large and small, that each of can interrogate our own beliefs and actions, and the beliefs and actions of those who act on our behalf, to try to root out the evil that we have unwittingly embraced. We can be less right and more kind. We can stand on the side of love.

November 17, 2015 In the Ruins
Recent Comments
0 | Leave a Comment
Browse Our Archives
get the latest from
New Visions
Sign up for our newsletter
POPULAR AT PATHEOS New Visions
1