Redefining #Religion: You Might Be a Religious Naturalist December 31, 2015 David Breeden

The Dictionary of Philosophy and Religion defines religion this way:

From the Latin relegare (“to bind fast”), typically the term refers to an institution with a recognized body of communicants who gather together regularly for worship, and accept a set of doctrines offering some means of relating the individual to what is taken to be the ultimate nature of reality. (W.L. Reese, ed., 1980)

Wikipedia defines it this way:

Religion is a cultural system of behaviors and practices, world views, ethics, and social organization that relate humanity to an order of existence. (29 December 2015)

Both definitions contain the idea that religion exists 1.) as a community and 2.) as an orientation of the human toward something greater.

Wisely, the second definition leaves out the bit about “worship,” a word that makes sense in only some religions. The second definition is one that humanists can sink our teeth into. In this sense, humanism is a religion. And, in this sense, religious naturalism is one orientation that humanism can take—an orientation that dismisses some of the time worn objections to humanism—stuff about heads and rationalism and all that.

I define religious naturalism this way: a community of people who hold that that which is greater, the cosmos, is best grasped through the scientific method.

You might be a religious naturalist if you think that neither time nor the universe has any interest in . . . you; or the American electorate. Or the United States. Or even humankind. Because, well, another news flash: the sun will burn out. This planet will go dark. And, eventually, something will happen to the universe—a Big Crunch; heat death; something. And time will be no more.

That’s the bad news. The good news is that we are here, now. Together. That’s the essence of what science tells us of the universe and its destiny. I find it a considerably more hopeful story than any of the ones containing anthropomorphized gods or angels.

We often hear that one god or another is the key to wonder and awe, which we hear is the essence of the religious experience. The etymology of “awe” reveals that terror and dread are at the root of the word. I suspect that this emotion can perhaps be better described by the word “sublime.” The word is derived from Latin: sub, “up to;” and limus, “threshold.” (Limus is also where we get the term “liminal,” the space between.) So “sublime” is all the way up to the limit. (“Limit” being another derivative.)

Wasn’t it the sublime, the edge of terror and awe, that drove the Hebrew prophets to prophecy? But must we believe what the prophets believed to experience the sublime?

Terror mixed with awe is the basis for what has come to be called the “overview effect,” defined as a cognitive shift caused among those who see the earth from space. (The first evidence of this effect is the NASA photograph “Earthrise” taken from lunar orbit in 1968.) But the mystics among us—even the rational mystics—know that we don’t have to go to outer space to experience the overview effect. It occurs to everyone during what we call transcendental experiences.

You might be a religious naturalist if you have experienced the sublime outside of conventional religious practice.

You might be a religious naturalist if you are inclined to think that far from being a reason for despair, the realization that there is no deity granting requests and no meaning or purpose outside of the human mind frees us to ask questions rather than follow preconceived formulas.

You might be a religious naturalist if you ask yourself, What can I do in my short life that will benefit the human project?

The realization that all meaning and purpose is a product of the human mind and human culture enables individuals to question the culture, the status quo, and offer alternatives. Pluralistic, creative societies are the result.

We don’t have to buy the belief so common in Medieval and early-Modern Europe that each of us has a predetermined and proper place in society. We can rebel against the social class we were born into and against the very foundations of society.

Awareness, deep awareness, does not lead to endless ecstatic bliss. But it does lead to integrity and authenticity. The human condition—the cosmic condition—is both tragic and comic. It is sublime.

If you agree, you might be a religious naturalist. 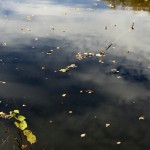 January 5, 2016 The Lure of Our Worst Natures
Recent Comments
0 | Leave a Comment
"Dear Author,As I read your words I am both "boosted", yet simultaneously frustrated for the ..."
Scot Reichman The Spiritual Practice of Agnosticism
"In other words it should be'celebrated' in the way we 'celevrate" Remembrance Day (11th hour ..."
Ivlia Blackburn The Meaning of Memorial Day
"Talk about that moral arc of the universe that bends toward justice is metaphysical talk—theology—not ..."
NoDifference #Charlottesville and Getting Real
"My tradition is Advaita Vedanta. Yoga is actually union with God. Advaita recognizes no duality ..."
Arthur Shimkus To Whom It May Concern: the ..."
Browse Our Archives
get the latest from
New Visions
Sign up for our newsletter
POPULAR AT PATHEOS New Visions
1

5 Ways to Hear What God...
Wake Up Call
Related posts from UU Collective