A Shared Life in a Shared World: #Humanist Economics

Rising economic inequality. We live in a world in which sixty two human beings at the top own more than the bottom 3.5 billion people.

We live in a nation in which—even factoring in the slaves, who owned nothing—the inequality gap today is worse than it was in 1774, two years before the American Revolution.

American children born into poverty today have less than a one-in-ten chance of escaping poverty. That isn’t the conclusion of some crazed Marxist pamphlet. It is the conclusion of The Equality of Opportunity Project, headed up by Harvard Professor of Economics.

Nationally, only eight percent of children born in the bottom twenty percent of income achieve entry into the top twenty percent. That’s one of the lowest rates in the industrialized world. Children in Denmark have roughly twice the chance of changing social class than American children do.

It’s Not a Game

The Parker Brothers board game Monopoly was devised by Lizzie Philips, a follower of the economist Henry George. George believed that wealth should be spread through a tax on property. George thought that property should be considered a communally-held good, the wealthy of all citizens of a nation.

The game demonstrates George’s teaching that the acquisition of property builds on itself and accelerates until a monopoly results. The way around this, according to George, is to tax property for the greater communal good. Without this failsafe, property will eventually end up in the hands of a few.

Given the facts of the contemporary United States, Henry George must be rolling over in his grave. Since the Great Recession of 2008, the wealthiest one percent of Americans have grabbed 95% of the economic growth. As a result, ninety percent of Americans are poorer now than before the 2008 crisis.

Turns out we didn’t have a recovery. We had a realignment of wealth. The people who owned Board Walk and Park Place made out like . . . well, bandits . . .

Sharing Isn’t Just a Nice Thing to Do 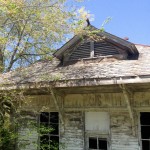 I’m a Humanist. My belief system requires me to fight for economic justice. The first Humanist Manifesto had this to say as its fourteenth point:

The humanists are firmly convinced that existing acquisitive and profit-motivated society has shown itself to be inadequate and that a radical change in methods, controls, and motives must be instituted. A socialized and cooperative economic order must be established to the end that the equitable distribution of the means of life be possible. The goal of humanism is a free and universal society in which people voluntarily and intelligently cooperate for the common good. Humanists demand a shared life in a shared world.

A shared life in a shared world. Honest disagreement about economics and politics, of course. But attempting equity and equality is a moral imperative for Humanists because we know that human beings must solve human problems.