To Whom It May Concern: the Humanist/Theist Split in Unitarian Universalism

Rather, the “divide” is a leftover from the beginnings of humanism in midwestern Unitarian congregations back in the 1920’s. It wasn’t the real issue then either—a close look at the theology of early humanists such as Curtis Reese or John Dietrich shows that they were what nowadays we call religious naturalists—but that term did not exist in their day.

What makes humanists itchy is not a theism that theists have grappled with honestly and well. It is the unquestioned and unexamined use of Christian language and liturgy that drives humanists bonkers. This is rather of a different thing, since the Christian god is not all the gods there are. Yet, the “language of reverence” is all about one particular branch of theism, Christianity.

For humanists, the Christian god of the 19th and 20th Centuries, the one who hangs out in Christian hymns and “god language,” is not a nice deity. He oppresses women; underwrites the mass slaughter of natives; thinks slavery is A-OK; is the cause of economic inequality. And on and on. His only son is a blonde. His expectations include bowing and scraping and constant petitions for forgiveness.

The irony here is that Universalists and Unitarians in the 19th and 20th Centuries had theologies and Christologies very different from that cliche, which comes from other mainline Protestant strains. But, and again the irony—the humanist movement in the mid-20th Century buried these native U and U ideas and they never really came back.

I went to Meadville Lombard, a UU seminary. The Universalist or Unitarian theology I learned there was in a history class. Bottom line is that the theologies behind most (not all, certainly) “god language” in UU churches is mainline Protestant, not U or U. (This is partly due to the fact that most UU ministers go to Christian seminaries where they learn the liturgy of liberal mainline Protestantism.)

What I’m trying to get at here is the sad fact that the humanist/theist battle at mid-century stopped theological development in UU congregations in both the Christian and humanist traditions. There have been exceptions—Forrest Church, for instance—but you see my point. The battles did not serve either camp well. So, at present we have a humanism that is as antiquated as tail fins on cars and a theism that’s mostly muddled Methodism.

Which way forward? For me, it’s a matter of bringing contemporary freethought into UUism, and I encourage all manner of theists to do the same—learn and share the latest thinking on theism. Because the fact remains for us all: we are a proudly creedless tradition. Humanism is a creed as is Christianity and Buddhism, etc. They are, at least, if we look at them and serve them seriously.

It’s tough on we ministers who find ourselves walking on a tightrope for an hour each week. And this is where I think many of us need to be spending some serious time—can we develop liturgies that are religion-neutral? Not that we ought to be stealing liturgy from the Buddhists, the Christians, or anybody else, but that we offer an authentic, thoughtful UU liturgy that lives up to our aspiration to be creedless. 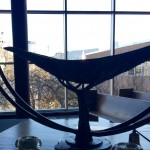 February 25, 2016 Humanist Jesus
Recent Comments
0 | Leave a Comment
"Dear Author,As I read your words I am both "boosted", yet simultaneously frustrated for the ..."
Scot Reichman The Spiritual Practice of Agnosticism
"In other words it should be'celebrated' in the way we 'celevrate" Remembrance Day (11th hour ..."
Ivlia Blackburn The Meaning of Memorial Day
"Talk about that moral arc of the universe that bends toward justice is metaphysical talk—theology—not ..."
NoDifference #Charlottesville and Getting Real
"My tradition is Advaita Vedanta. Yoga is actually union with God. Advaita recognizes no duality ..."
Arthur Shimkus To Whom It May Concern: the ..."
Browse Our Archives
Related posts from UU Collective

Mysticism, Sufism, Kabbala, Daoism, Shamanism, and You! (VIDEO)
by Kat O’Keefe-Kanavos Mysticism is as familiar to our spirit as food...
view all New Visions blogs
What Are Your Thoughts?leave a comment
Copyright 2008-2021, Patheos. All rights reserved.
Close Ad