A Plea for a Philosophical Plank in Party Platforms

A Plea for a Philosophical Plank in Party Platforms June 23, 2016 David Breeden

“The good life.” Lordy, lordy . . . I’m not hearing about it on CNN. The good life and what makes a good life has been the focus of philosophers across the planet and throughout human history. But I haven’t heard much that might be called philosophical in the current US presidential cycle.

This might be because there isn’t a sufficient percentage of the electorate interested in the question. Perhaps.

I suspect, however, that the reason may go deeper: the average American voter is so far from living a good life that bringing up the subject at all embarrasses the entire project of contemporary America, which is—if I hear correctly—“jobs, jobs, jobs.” And what might get people jobs, jobs, jobs.

Don’t get me wrong. As the kid of working class parents, I know how important jobs are. But a job is, as it were, step one. A job does not guarantee a good life.

I’m a “values voter” in the sense that I would like to vote my Humanist values, which center on what the first Manifesto called “a shared life in a shared world.” I wanna vote for sharing because my suspicion is such a thing might lead to a good life for more people.

OK, I’ll admit that every cynic is a disappointed idealist. Yes, I’m cynical. But when was the last time an American presidential candidate spoke of “the good life”?

FDR certainly did. LBJ perhaps. It’s been a while. (When I do a ‘net search of “Obama” and “the good life,” I get something about his pets.)

Sure, we know that American presidential candidates are not a philosophical lot. Still, searching for a politician’s name and “the good life” on the ‘net reveals instances of ostentatious consumption, not a search for providing citizens with meaning and purpose.

That same FDR who spoke of a good life also spoke of Four Freedoms:

Freedom of speech and expression.

Freedom to worship (or not) as one chooses.

The first two, many of not most US citizens enjoy. But the last two? Not even close.

Into this vacuum I throw some suggestions for what a good life might look like in the US today:

Not getting shot is good.

Not getting arrested randomly without a reason other than race or social class is good.

Not being treated as less-than because of perceived differences is good.

The guarantee of a decent job with a living wage is good.

The possibility of finding decent housing and healthy food is good.

The hope of having decent medical and dental care.

The potential to get some education. That’s nice.

And the time to speculate on what a good life might mean. That’s essential for citizens of a republic. But who has the time?

Yes, those Four Freedoms fairly well sum up the good life. But I’m not seeing it on the American political radar. That’s a problem. 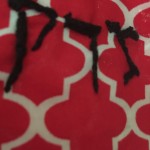 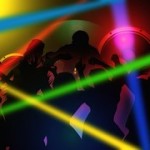 June 28, 2016 You should start a meme, they said...
Recent Comments
0 | Leave a Comment
Browse Our Archives
get the latest from
New Visions
Sign up for our newsletter
POPULAR AT PATHEOS New Visions
1