A Twitter meme says, “Spiritual but not religious: people who prefer to make up their own stuff rather than believe stuff others have made up.”

Is that the essence of the changes happening on the US religious landscape?

In a recent post I mentioned a bumper sticker I saw: “It’s not religion / it’s a relationship” with a little cross in the corner.

Perhaps we should call the time we live in The Age of The Book of Mormon. I don’t mean the book belonging to the Church of Jesus Christ of Latter Day Saints, but the musical of the same name. One work purports to be “truth,” the other follows the conventions of Broadway musicals, but in our time more and more people view both of them as products of the human imagination trying to make sense out of the circumstances we live in. Attempts to create purpose and meaning.

Without spoiling the plot, I can say that in the musical the dogmatic get their comeuppance while the . . . spiritually flexible . . . save the day.

In that world, Unitarian Universalism does not stand on the side of dogmatic religions opposing those “who prefer to make up their own stuff rather than believe stuff others have made up.” The only proviso that UUism throws into the mix of searching and eclecticism is an insistence that the search be “responsible.”

PEW research shows that roughly sixty-five percent of Americans believe that there are multiple paths to truth. This assumption is in the cultural waters, as it were. When we get serious about defining the terms, people are looking for meaning in religions and philosophies, not truth. And it is clear to many that, when it gets down to brass tacks, no religion or philosophy could possibly encompass what we call truth, nor can they fully make meaning out of the human experience—our lives are just too chaotic and complicated for that.

Finding meaning and purpose in The Age of The Book of Mormon then becomes an exercise in eclecticism that goes beyond the process called cafeteria-Christianity. Unlike the old days, when religion-shopping remained mostly under the Christian umbrella and required swallowing new and often complex dogmas (or keeping quiet about disagreement), now the search implies taking and leaving from a huge smorgasbord. Judaism, Islam, Buddhism . . . they’re all on the hot-table ready to be scoped according to your taste. Mix and match. You get your own planet if you want.

And now there’s an app for that. Not only can we sample from the world religions, but we can call or tap Grubhub—or any of the other options in home delivery—and get whatever we like delivered right to our doors. That may be the biggest change we are facing in The Age of The Book of Mormon—why go listen to an imam, priest, or preacher when it all comes easily via the internet?

Some religious leaders plan to hunker down and keep doing what they’re doing. This may be a fine survival strategy—after all, you can’t sample Methodism if there isn’t a tray of Methodism to scoop from. 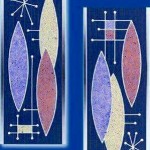 May 26, 2016
Oh, Peugeot of Many Names: on authentically using the term "god"
Next Post

June 2, 2016 Advice to a Graduate
Recent Comments
0 | Leave a Comment
Browse Our Archives
get the latest from
New Visions
Sign up for our newsletter
POPULAR AT PATHEOS New Visions
1