On Outrage and Douchebags

Social media is great for so many things—staying in touch with distant friends and family, sharing the cute thing your kid or your cat just did, watching videos of people making delicious food at impossible speeds and much, much more. But what it is really superlative at is serving as a vehicle for expressions of outrage. There is nothing quite like Facebook for letting all the world know just how outraged we good people are at the actions of the bad people.

Last week the outrage was all about the killing of the gorilla Harambe after a little kid managed to get into his enclosure. We were outraged at the parents for not watching their child, outraged at the zoo for not having better barricades, outraged at zoos for keeping great apes in general. And maybe all those things deserved our outrage and maybe they didn’t. Certainly I, as a parent, am in no position to chastise another parent for losing track of their kid for a moment, and the fact is that incidents of people being hurt by zoo animals are vanishingly rare.

This week brings outrage from Sanders supporters at the fact that major news agencies have declared that Clinton already has enough delegates to clinch the Democratic nomination. And maybe the outrage is justified if the news outlets have jumped the gun on reporting something that really hasn’t happened, since they included superdelegates who can’t actually vote until the convention. But a great deal of the outrage seems manufactured blame of Clinton for something that was not at all under her control.

Maybe we are outraged, not because what others have done is so horrible, but because we like to be outraged. We like to be right, and have other people be wrong. We want the wrongdoers punished, even if we know that they are wrong based on a whole lot of assumptions and very little evidence.

I am, you might guess, a little tired of the outrage machine. But then the genuinely outrageous comes along. A young, white Stanford athlete is convicted of three felony charges of rape, but gets off 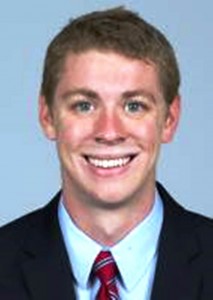 with six months in prison because the judge feels sorry for him and what an extended prison sentence could do to his future. And his father wants to make excuses for him and feels that a more appropriate punishment would be to have him go around to college campuses lecturing on the dangers of alcohol and promiscuity (which sounds to me like one more opportunity to blame the victim). They are, father and son and judge, all walking embodiments of the cisgender, straight, male, white, wealthy assumption of privilege and entitlement that I abhor. They are douchebags.

I want this young man, and his father, and the judge, and the whole of our racist, sexist, classist society to understand that there is no excuse for rape—not alcohol and not the fact that the rapist comes from a “good family.” I want the woman who was assaulted—and every woman who has been assaulted—to hear loud and clear that the victim is never to blame. I want people to see that our criminal justice system is badly biased and needs to be changed.

But I can’t bring myself to call for shame and extreme punishment because if I believe those things are wrong then I need to assume that they are wrong for the douchebags as well as for those I find more likeable. And so I will call, neither for shame and punishment nor for cheap forgiveness of a heinous crime, but rather for something much more difficult. Last week my colleague Diane Dowgiert wrote a lovely piece in which she identified herself as each of the beings involved in the gorilla incident—the parents, the gorilla, the zookeeper. Rather than simply being outraged, she saw how she was connected, how she could have been in any of those horrible positions. What if we attempted to do that with this appalling case? What if I am not only the woman who was assaulted, who has to live with the knowledge that my body will always be threatened by male violence? What if I am also the perpetrator, the one who is willing to take what I want even if it causes suffering to others? What if I am the father, willing to make excuses for the causes as well as the people I love, wanting to protect what I care about even at the expense of those who are outside my circle? What if I am the judge, propping up privilege, unwittingly biased about who the “real people” are?

I don’t condone the douchebags. I don’t even forgive them. But I would be fooling myself if I thought that they had absolutely nothing in common with me.

June 9, 2016 No Gods, No Masters, and the Humanist Way of Thinking
Recent Comments
0 | Leave a Comment
"Dear Author,As I read your words I am both "boosted", yet simultaneously frustrated for the ..."
Scot Reichman The Spiritual Practice of Agnosticism
"In other words it should be'celebrated' in the way we 'celevrate" Remembrance Day (11th hour ..."
Ivlia Blackburn The Meaning of Memorial Day
"Talk about that moral arc of the universe that bends toward justice is metaphysical talk—theology—not ..."
NoDifference #Charlottesville and Getting Real
"My tradition is Advaita Vedanta. Yoga is actually union with God. Advaita recognizes no duality ..."
Arthur Shimkus To Whom It May Concern: the ..."
Browse Our Archives
get the latest from
New Visions
Sign up for our newsletter
POPULAR AT PATHEOS New Visions
1