In the early twentieth century the activist Rosa Luxemburg wrote, “The most revolutionary act is a clear view of the world as it really is.”

As a Humanist, this is the idea I hold most dear. I don’t want placebos or half-truths, even if they feel warm and fuzzy. Nope. I want the truth. Even if it’s harsh, dark, and cold.

Fact is, everyone has a worldview. It might be like Mulligan Stew—made up of whatever happens by; or it can be considered and developed. Each of us is capable of examining and changing worldveiws.

I picked up my first worldview from the adults around me, and what I learned was a sense of powerlessness and victimhood—the system was rigged. That worldview meant fear and resentment, not things I chose to feel.

For me—a small town kid—there were two ways to think my way out of that worldview—radical politics or radical religion. I chose radical politics. So I started reading Karl Marx.

But the thing I didn’t understand when I was young is that Marx wasn’t an economist. Rather, he was another in that long line of Jewish prophets who have taught that justice—tzedek in Hebrew—springs from an equal distribution of wealth and property. Emma Goldman and Rosa Luxemburg are on that list too. That Jesus guy. And Bernie Sanders is a . . . calmer, shall we say . . . member of that tradition.

The underlying assumption in that tradition is that an economic system should be ethical. Let’s be real: that’s a debatable point. Perhaps economics is only about the production and distribution of stuff. In which case, HOW the stuff gets produced and distributed—at what cost to the planet and its people and living things—is, as it were, immaterial.

So, as we all chalk up one on our worldviews: economic systems should take ethics into consideration . . . or not. Each of us must decide.

Thus another question for the worldview: Should governments protect their citizens from economic systems that are unjust? Yes. No. Maybe . . .

And then there’s the question of what injustice in an economy even looks like.

For example, the United States is 45th in the world in terms of income disparity between men and women. I don’t want to know why that is. I only want to know that the nation is committed to making that go away. Because it’s wrong.

I’m an idealist. After all, there’s a reason I’m in the religion business and not the politics business. I understand about the art of the possible. But there’s also an art to thinking the impossible.

Another thing Rosa Luxemburg said was, “Those who do not move do not notice their chains.”

That’s another reason I’m a Humanist. The early Humanists said, No! There isn’t an “invisible hand” guiding the markets, nor is there a god that blesses some people with wealth and condemns others to poverty. People build economic systems; people maintain economic systems; and people are responsible for making economic systems just and equitable for everyone.

It’s all about the worldview.

If you take an Ayn Rand approach–that nobody is responsible for anybody else– step up and say it. It’s a worldview. I happen to think it’s a reprehensible world view, but that’s merely my opinion. It’s a worldview.

If you believe, as the early Humanists did, that we are communal animals and that we are therefore responsible for each other’s well-being, step up. That’s a worldview. And it has practical implications.

For example, I believe in a negative income tax—you fill out your tax return, and if your income is below the threshold of a living wage, you get a check from the government.

I believe in single-payer healthcare. The fact is that some people cost the insurance companies more than other people. That’s a reality of communal human life that needs to be addressed as a collective. Because everyone has inherent worth and dignity, no matter how much they cost . . .

However you get to it, your worldview matters. It may sound abstract or esoteric. But it’s not. It’s what you do. And it’s how you vote.

A basic tenet of Humanism is sharing. We believe that everyone deserves the bounty of this planet, and we believe that the planet and its living things matter. We believe in the inherent worth and dignity of every person. Sure, that means you don’t make superficial judgments based on appearances. Sure. But it also means that all people—merely because they are human—deserve to feel worthy and dignified.

And sometimes that costs money. So be it. 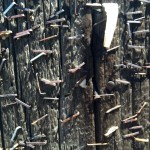 November 3, 2016 Social Gospel 2.0: Public Theology and #StandingWithStandingRock
Recent Comments
0 | Leave a Comment
"Dear Author,As I read your words I am both "boosted", yet simultaneously frustrated for the ..."
Scot Reichman The Spiritual Practice of Agnosticism
"In other words it should be'celebrated' in the way we 'celevrate" Remembrance Day (11th hour ..."
Ivlia Blackburn The Meaning of Memorial Day
"Talk about that moral arc of the universe that bends toward justice is metaphysical talk—theology—not ..."
NoDifference #Charlottesville and Getting Real
"My tradition is Advaita Vedanta. Yoga is actually union with God. Advaita recognizes no duality ..."
Arthur Shimkus To Whom It May Concern: the ..."
Browse Our Archives
Follow Us!