A Republic If You Can Keep It

A Republic If You Can Keep It November 10, 2016 David Breeden 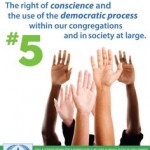 I’ve long been a member of PEN America, a writers group dedicated to freedom of expression. One year, at an international convention in a capital city better left unnamed, I remember realizing that being “hosted” by a government could also mean being controlled by a government. We authors were wined and dined at the president’s palace, but the building was surrounded by police in riot gear sporting automatic weapons. So was the conference hotel. Whether we were being protected or intimidated was . . . shall we say . . . a gray area.

Freedom of expression is dangerous. Some nations seek to control the flow of information, others allow the free flow of information to overwhelm the populace so that few notice the dangerous stuff. Writers who lived behind the Iron Curtain were often made celebrities by the fact of their harassment by governments. Writers in the West often die in obscurity, their truth never read.

The story goes that a woman stopped Benjamin Franklin as he was leaving the last session of the Constitutional Convention of 1787. She asked, “Well, Doctor, what have we got—a republic or a monarchy?”

Franklin replied, “A republic, if you can keep it.”

The key word there is “if.” Keeping it is still the question.

By so naming their new government, Franklin et alia knew what they were doing. They were naming their government after the much revered—though its virtues were largely mythical—Roman government previous to the attempted seizure of power by Julius Caesar and the actual seizure of power by the first emperor, Caesar Augustus. All through the Empire period Romans harkened back to the days when their republic created brave and true citizens with social virtues.

For the founders of the US, “republic” was a gauntlet thrown. You have one, IF you can keep it.

PRRI’s (Public Religion Research Institute) just issued a survey called “The Divide over America’s Future: 1950 or 2050.” The report says that both white evangelicals and white mainline protestants want to return to the power they held previous to the Brown V. Board of Education decision by the Supreme Court n 1954.

The report says this:

The group with the most fatalistic view of American cultural change are white evangelical Protestants, three quarters of whom (74%) say that American culture has changed for the worse since 1950.

A majority of Republicans (55%) believe that America is so off track that we need a leader who is willing to “break the rules,” while 57% of Democrats disagree with that statement. 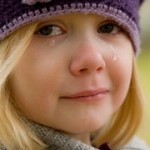 November 14, 2016 You Are Not Wrong
Recent Comments
0 | Leave a Comment
Browse Our Archives
get the latest from
New Visions
Sign up for our newsletter
POPULAR AT PATHEOS New Visions
1