Happy Holidays From the Cruel Optimisms

Isn’t it just a tad too ironic that one of the US national icons is called Mt. “Rush-more”? Sure, I know—it’s named after a rich white guy, but Mt. Rushmore? I’m thinking Americans need a Mt. Rush-less or a Mt. Chill Out.

Sure, it’s pure happenstance that Mt. Rushmore is the name of the place where the faces of some of our national old white guys are carved. But reflect that the Lakota Sioux called that particular mountain “Six Grandfathers.” I’m just sayin’.

These drives seem basic enough, and generally attainable enough, but Homo sapiens is all too easily distracted by shiny objects into becoming Homo consumericus. The National Retail Federation projects that holiday 2016 spending by Homo consumericus will be $655.8 billion.

Yet survival, intimate relationship, community, and sharing are things that consumerism can only peripherally provide, despite what the retail industry and the self-help industry attempt to tell us. They encourage optimism for all the wrong reasons.

Dr. Lauren Berlant, a philosopher at the University of Chicago, has recently been exploring what she calls “cruel optimism.” By “cruel optimism” Dr. Berlant means something that we seek that prevents us from finding what we want.

Dr. Berlant’s thesis is that people living in Capitalist societies such as the US are prone to internalize and long for what she terms “clusters of promises” that add up to a cruel optimism that locks us into endless cycles of striving, disappointment, and despair.

This involves what is sometimes called “shoulding” on yourself: I should find a more fulfilling job. I should spend more time with my family. I should be exercising more; saving more . . . if I just did what I should.

But for Dr. Berlant it goes beyond mere “shoulding” on our daily behaviors to a more abstract matrix of societal expectations: “I should be rich and good-looking because I’m an American,” “I should be able to spend all I like on my family,” and that sort of thing.

Cruel optimism is a matrix of desires way beyond basic survival that function to prevent us from flourishing and enjoying our lives.

Berlant argues that cruel optimism is increasing as the promise of the American Dream recedes for most Americans. The good life promised in the glossy magazines and on HDTV is an impossible dream—upward mobility; job security; a just society . . .  “shoulds” that aren’t happening for most of us. As Berlant puts it,

I define “cruel optimism” as a kind of relation in which one depends on objects that block the very thriving that motivates our attachment in the first place.

All attachment is optimistic.  But what makes it cruel is different than what makes something merely disappointing. When your pen breaks, you don’t think, “This is the end of writing.” But if a relation in which you’ve invested fantasies of your own coherence and potential breaks down, the world itself feels endangered.

“Fantasies of your own coherence.” When the American Dream has become a cruel optimism, what do we do?

The only workable answer is to wake up.

In this holiday season, I plan to keep reminding myself that spending more, shoulding more, eating more, and drinking more only throw more fuel on the fire of cruel optimism. Instead of self-fulfillment, I’m going to think about finding self-coherence. 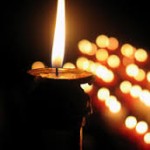 December 29, 2016 #Resolutions and Diseases of the Soul
Recent Comments
0 | Leave a Comment
"Dear Author,As I read your words I am both "boosted", yet simultaneously frustrated for the ..."
Scot Reichman The Spiritual Practice of Agnosticism
"In other words it should be'celebrated' in the way we 'celevrate" Remembrance Day (11th hour ..."
Ivlia Blackburn The Meaning of Memorial Day
"Talk about that moral arc of the universe that bends toward justice is metaphysical talk—theology—not ..."
NoDifference #Charlottesville and Getting Real
"My tradition is Advaita Vedanta. Yoga is actually union with God. Advaita recognizes no duality ..."
Arthur Shimkus To Whom It May Concern: the ..."
Browse Our Archives
Related posts from UU Collective