“Blame is a valuable antidote to helplessness.”

I spent last Monday morning in a multi-faith press conference where the subject was the recent immigration ban by the Trump administration. We heard from Muslims, Jews, and Christians. All read scriptures concerning how “the stranger” is to be treated. All agreed that “god” wishes the stranger to fare well.

We all know that any argument will convince the already convinced—that preaching to the choir thing. Convincing the frightened, however, is a very different thing. The frightened ones—the extreme right in all three of those religions—weren’t there.

Among US Christians, opposition to the ban runs 50/50 (Among the largest Christian group, Evangelicals, only twenty percent oppose the ban). Among US “nones” opposition runs at seventy-five percent.

It sounds like scriptures are doing more harm than good.

For me, a Humanist, the multi-faith press conference underlined the fact that the various concepts of god reflect a person’s politics. The people in the room—of whatever religious persuasion—were liberal; those not in the room were not.

This is not to denigrate those who welcome the stranger for religious reasons. The stories are moving and the help is real. Still, the US government, a government made up almost entirely of professing Christians, is not welcoming and not helping, and the US populace, most of whom claim to be Christian, is split evenly on the matter. Christianity is not tuning the tide toward welcoming the stranger.

Only law will do that.

Humanists are internationalists. Just as we believe that religions worship creations of the human mind, we know that national borders are the creation of human minds. We don’t worship boundaries any more than we worship human ideas.

these things are wholly artificial. Every one of them is a pure illusion in the minds of diplomats. From the standpoint of the basic human interests which make up our life, they have no more reality than a unicorn or a dragon.

National borders are another illusion that human beings worship. Like religions, they are the stuff of anger, division, and murder.

An aspiration of Humanism is decolonization of the human mind. Each person’s colonization includes the religions and borders that we are born into. Religion. Nationality. Race. Class. Gender. All human constructs that colonize our minds and lead us toward fearing “the other.”

Is seeing and hearing differently possible? Only marginally, for the most part. Decolonizing the mind is an impossible ideal. But insofar as it is impossible, we understand just how dyed into the wool our subjectivities are. Everyone comes from somewhere, and that somewhere that covers our ears and eyes limits us if we allow it to. It colonizes our minds and makes us afraid of “the other.”

Decolonizing the mind necessarily leads to the conclusion that national borders and religious differences are as real as unicorns and dragons. As such, they must be resisted. This is the bedrock of my faith in the human spirit.

About the Universal Declaration of Human Rights 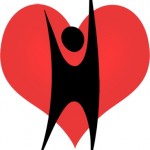 February 1, 2017
Circles of Concern: How to Talk Politics
Next Post

February 9, 2017 The True Origin Story
Recent Comments
0 | Leave a Comment
Browse Our Archives
get the latest from
New Visions
Sign up for our newsletter
POPULAR AT PATHEOS New Visions
1

Insights from the Toltec Prophecies: 2021-2026
Wake Up Call
Related posts from UU Collective

What is the True Nature of Prayer? -...
Prayer is generally thought of as some sort of request, petition, entreaty...
view all New Visions blogs
What Are Your Thoughts?leave a comment
Copyright 2008-2021, Patheos. All rights reserved.