I’m an Atheist! Now What?

As I mentioned in my last blog post, unlike progressive traditions such as the United Church of Christ, Unitarian Universalism, and Humanism—all of which stick closely to the college-educated demographic—atheism crosses all lines, from race to class to gender, et cetera.

Some people never believe in a god; some realize one day that they have slowly but absolutely stopped believing; some struggle with the concept and find they can no longer believe; and some actively reject the concept. Sometimes atheism is an intellectual choice; often atheism is completely embodied: “I just don’t feel it.”

Belief is one thing that can’t be forced.

Also as I mentioned last week, progressive traditions aren’t available as physical addresses for many nonbelievers. In addition, progressive traditions have a poor track record of proselytizing . . . or even getting the word out adequately. To compensate for the lack of bricks and mortar, both Unitarian Universalism (with the Church of the Larger Fellowship) and Humanism in the form of the American Humanist Association have strong online presences.

Whatever the reason, the journey from choosing to label oneself “atheist” to joining a larger community is not a journey most atheists take. Some stay in the faith traditions they grew up in, choosing to embrace the community while rejecting the beliefs. Others merely drift away from communities that might be labeled “religious” and find community elsewhere—from Comic Cons to . . . well, the variety is so great it’s difficult to even start a list.

A few—something in the single digits of secular people—will join progressive traditions and attend gatherings.

But back to the vast variety of the atheist demographic. Many people will never seek out the sorts of institutions that the UCC, UUA, AA, and AHA represent. These institutions communicate in ways that only certain people can hear.

What about promoting identity and belonging; what about communicating a positive, livable set of life-stances and life-tools that will lend meaning and purpose and resilience to lives when those lives are alienated in society?

I think that’s a good question. 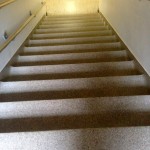 May 11, 2017
Could It Get Better? The Problem of Progressivism
Next Post

May 25, 2017 On Knowing What We Don’t Know
Recent Comments
0 | Leave a Comment
"Dear Author,As I read your words I am both "boosted", yet simultaneously frustrated for the ..."
Scot Reichman The Spiritual Practice of Agnosticism
"In other words it should be'celebrated' in the way we 'celevrate" Remembrance Day (11th hour ..."
Ivlia Blackburn The Meaning of Memorial Day
"Talk about that moral arc of the universe that bends toward justice is metaphysical talk—theology—not ..."
NoDifference #Charlottesville and Getting Real
"My tradition is Advaita Vedanta. Yoga is actually union with God. Advaita recognizes no duality ..."
Arthur Shimkus To Whom It May Concern: the ..."
Browse Our Archives
get the latest from
New Visions
Sign up for our newsletter
POPULAR AT PATHEOS New Visions
1