The National Day of . . . Counter-Narratives #NationalDayofReason

The National Day of . . . Counter-Narratives #NationalDayofReason May 4, 2017 David Breeden

Parenthetically, the year between those two was the year that President Eisenhower was baptized, the first sitting president to choose to pursue that procedure. In 1956, “In God We Trust” went onto the currency, replacing “e pluribus unum.”

In the 1950s, Americans were donning the armor of god to fight the godless Communists. Americans still live with the effects. We won the Cold War but lost that wall of separation between church and state.

In 2003 the American Humanist Association declared a National Day of Reason. This counter-narrative—celebrated mostly by freethinkers, atheists, agnostics, and humanists—draws a small but dedicated group each year. We invite elected officials to join us, and each year a few are brave enough to do that.

So, I’m off to the Minnesota State Capital to stand up for reason. My narrative is that the best government—for both the religious and the irreligious—is a secular one.

I hope someday you will join us . . . #NationalDayofReason 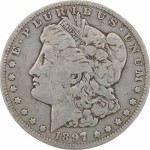 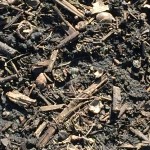 May 11, 2017 Could It Get Better? The Problem of Progressivism
Recent Comments
0 | Leave a Comment
Browse Our Archives
get the latest from
New Visions
Sign up for our newsletter
POPULAR AT PATHEOS New Visions
1