A review of Why God? Explaining Religious Phenomena by Rodney Stark

Before I say anything else, I should say: Read this book. Whether you agree or disagree with the central point, this is a valuable book in the ongoing discussion of religion in the US.

What is Stark’s central point? “Only religion can make existence meaningful.”

A sociologist of religion, Dr. Stark falls into (or perhaps leaps into) the usual trap of seeing non-Western, non-monotheistic religions as “primitive.” He embraces Christian supersessionism and exceptionalism and the time-worn Western argument that polytheistic religions have less-developed moral codes than Western monotheism. Stark’s “proof” for this assertion is that until the rise of Judaism (Christianity’s prototype in Stack’s account), people visited multiple temples looking for solutions to their problems. In this account, the superiority of monotheism is essentially that God, unlike the gods, offers one-stop shopping.

Back to that “Only religion can make existence meaningful.” Stark willfully confuses the liberal (and scientific) assertion that the universe does not have human meaning with the inability of each person to find meaning. Sure, religion provides meaning for those for whom it does, but those for whom it doesn’t, it doesn’t. Human beings may wish that the universe has meaning, but observation says it doesn’t. Religion is human wishing. But some also wish to see reality as it is.

Though many of the book’s jabs are wide of the mark, many are valuable critiques. For example, Stark condemns Paul Tillich’s replacement of the traditional Christian conception of god with the idea of “ground of being” as “fundamentally incomprehensible” and an evasion of agnosticism or atheism that anyone outside the academy can spot a mile away.

Whether or not Dr. Stark is a friend of liberal religion, he presents incontrovertible facts: since 1960, “mainline” Protestantism has shrunk in real numbers, but, more devastatingly, as a percentage of the population. For example, Episcopalians have shrunk from 18.1% of the population to 6.1%. The United Church of Christ has fallen from 12.4% of the US population to 3.2%. Meanwhile, the Church of the Nazarene, a Pentecostal group, has grown from zero in 1908 to 270,000 in 1950 to 2.3 million today. (Worldwide, Pentecostalism has grown from zero in 1906 to over half a billion people today.)

The numbers are clear. The reasons, not so much, though “having more god” in worship is fairly clearly not it, since mainline denominations are theist and Christian and collapsing. Dr. Stark thinks that the type of god is important: mainline denominations rely on Tillichian theology, whereas religions that grow tend to stress a personal god who performs miracles on earth and guarantees an afterlife. Stark’s advice: religions that hope to succeed in the religion business had better feature a personal, all-powerful god, preferably featuring “your own personal Jesus.”

In addition, Stark uses the idea of tension as an explanation for the mainline disaster, a concept developed by sociologist Benton Johnson. Stark formulates the idea this way: “All religious organizations can be located along an axis of tension between the group and its sociocultural environment.” Stark thinks the distribution in the US is a bell curve, from “ultra-liberal” to “ultra-strict.” For example, Unitarian Universalism is ultra-liberal, the Amish are ultra-strict. Presbyterians are in the middle.

The tension, then, springs from the conformity of a religion to its culture. UUs are not entirely comfortable, because we are too liberal in both theology and politics; the Amish aren’t comfortable at all, because they are outsiders, marked by clothing, grooming, et cetera.

Back to numbers: Unitarian Universalism is shrinking, the Amish are growing. But those are extremes. What about, say, Presbyterians and Seventh Day Adventists? In these cases, Presbyterians are in almost no tension with their society—there is little in the way of a religious boundary—and the denomination is therefore shrinking. The Seventh Day Adventists are in some tension with the larger US society, and are growing. This line of reasoning makes sense.

One rejoinder is that religions in more “tension” with society attract the poor, and, as we know, the percentage of poor people in the US is rising fast. Dr. Stark undercuts this argument—called aptly enough “deprivation theory”—by demonstrating that it is not material deprivation that creates and sustains religious movements, but spiritual deprivation. A low percentage of the poor have time to feel spiritually deprived. It is the well-heeled who begin and sustain religious movements.

White mainline Protestants and white Roman Catholics are about equally divided between Republican and Democratic party affiliation. Little “tension.” But what about other social tensions, such as race? Black Protestants lean Democratic by 88%. Furthermore, African Americans have developed their own denominations which are sustaining themselves better than mainline Protestantism.

Parenthetically, the next highest percentage group in the liberal column is atheists/agnostics at 71%. Some tension there.

Another oddity of the book is that Stark dismisses secularism out of hand. He mentions stats about secular Europeans believing in astrology, as if superstition and New Age are the only secular options. But herein lies a contradiction: For Stark, Christianity is the most highly evolved form of religion, yet the fact that roughly 40% of the US population is now atheist/agnostic or “none” is not evolution as far as Stark is concerned. Why is it that, if going from many gods to one god is “evolving,” that going from one god to none isn’t?

Along that line of reasoning: it’s a fact that the Toyota Camry is the number-one selling car in the United States. That fact doesn’t mean that the Toyota Camry is the best automobile in the United States, only that, due to a number of factors, the Camry comes out on top in sales. Isn’t it also possible that evangelical Christianity is the number one (selling) religion in the US not because it is the most highly evolved, or the best way to human meaning, but that it is number one due to a host of cultural reasons? Might Humanism or the Baha’i faith be the Mercedes or Lexus?

Here’s another question: as the “ultra-liberal” category develops more “tension” with a US culture that is moving toward the right wing, does that mean growth on the ultra-liberal side of things? After all, the definition of “tension” is that it produces higher loyalty among the faithful. Might this lead to growth in UUism and its most peculiar sect, Humanism?

Time will tell. Read the book. 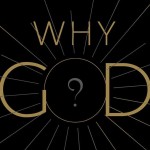 July 20, 2017 The Danger is in Not Being You
Recent Comments
0 | Leave a Comment
"Dear Author,As I read your words I am both "boosted", yet simultaneously frustrated for the ..."
Scot Reichman The Spiritual Practice of Agnosticism
"In other words it should be'celebrated' in the way we 'celevrate" Remembrance Day (11th hour ..."
Ivlia Blackburn The Meaning of Memorial Day
"Talk about that moral arc of the universe that bends toward justice is metaphysical talk—theology—not ..."
NoDifference #Charlottesville and Getting Real
"My tradition is Advaita Vedanta. Yoga is actually union with God. Advaita recognizes no duality ..."
Arthur Shimkus To Whom It May Concern: the ..."
Browse Our Archives
get the latest from
New Visions
Sign up for our newsletter
POPULAR AT PATHEOS New Visions
1