In this post I want to continue my episodic narrative of how I came to my views on a consistent life ethic.  You can read part I here.   Also,  I want to apologize in advance if you are writing comments and are not seeing them or I do not respond quickly.  I am on the road and do not have regular access to a computer, and I do not have my list of passwords with me.

As a teenager I had the usual fascination with war and violence; at one point I toyed with enlisting in the Marines, as an older friend had done.  I knew some “peaceniks” in college, but for the most part I found their arguments naive.   Things began to change in the early 1990s, with the Gulf War.  Berkeley was a hotbed of anti-war activism.  Unfortunately, given the sclerotic nature of much of the Berkeley Left in those days, it seemed more like an opportunity to relive the glory days of opposing the Vietnam war than an attempt to grapple with the reality of what was happening.  (I still remember some particularly ham-handed arguments which tried to defend Saddam Hussein’s invasion of Kuwait as an act of anti-imperialism.)  However, it did get me thinking about the just war theory and other ethical approaches to war and peace.

At some point during the 90s I picked up a copy of G.H.C. MacGregor’s The New Testament Basis of Pacifism, (PDF) but I did not fully understand it.  More importantly, I began reading biographies and the writings of Dorothy Day, perhaps the most uncompromising pacifist in the Catholic tradition.  I was teaching a first year seminar at Trinity College on the radical Christian ideal and I included Day along with St. Francis and Mother Theresa of Calcutta.  I also began my long acquaintance with the Hartford Catholic Worker, and its founders, Chris and Jackie Doucot.   At times I found Day equal parts compelling and frustrating; similarly, I found Chris Doucot to be equally powerful and problematic in his discussion of pacifism.  But I also found his personal witness challenging; to this day I remember and reflect on his story of getting pistol whipped as he used his own body to protect a low level drug runner from an angry dealer.

I never became a fully convinced pacifist, but I became increasingly skeptical of the rhetoric of violence and the often naked imperialism that dominated US dealings with other countries.  I was horrified by the naked and bloodthirsty rhetoric that arose in the aftermath of 9/11 and was used to first justify the invasion of Afghanistan and then the invasion of Iraq.  My children were very young in 2001 (4, 6, 8), and I set myself during that decade to help them see that violence was not the solution to the problems of the Middle East.  I dragged them to a fair number of anti-war protests, which I found useful as counter-protestors were less likely to get too hostile in the presence of children.  (I remember one guy in a pick up truck who slowed down, honked his horn to get my attention, and then gave me the finger.)  In 2004 I took my sons to participate in the Stonewalk, a march organized by 9/11 Families for Peaceful Tomorrows.  (I note in passing that shortly after this I met a woman who lost her husband in 9/11, who became an anti-death penalty activist and was speaking out against the death penalty for the 9/11 conspirators.)   My middle son Antonio really impressed me that weekend.  We walked 8 miles with the march, and he asked to return the next day, where we walked 14 miles in the pouring rain.  He gave a very composed interview to a newspaper reporter who asked him why he was doing it, stressing his need to make a statement that he felt was “right.”  And a few years later, when Antonio and his younger brother Francisco were confirmed, they each chose patron saints that showed that they had taken at least some of my lessons to heart:  St. Maximilian Kolbe and Blessed Franz Jaegerstaetter.

I think my views on this complex issue are best summarized by a quixotic quest I worked on a for a few years.  Originally, Secular Franciscans appear to have been pacifists.  The earliest surviving rule of 1221 for the Brothers and Sisters of Penance states that

They are not to take up lethal weapons, or bear them about, against anybody.

The universal rule of the late 13th century (the rule of 1221 seems to have been a local document) weakened this slightly and the rule of Leo XIII weakened it considerably.  There is nothing directly about pacifism in the rule of 1978, but our General Constitutions say that Secular Franciscans,

While acknowledging both the personal and national right to legitimate defense, they should respect the choice of those who, because of conscientious objection, refuse to bear arms. (Article 23.2)

It seemed to me then, and I still feel, that this sentence places the emphasis wrongly for followers of St. Francis who are called to be peacemakers; indeed, the Constitutions earlier note that

The Constitutions make military service the norm and conscientious objection the legitimate exception.  I felt that this should be reversed:  Franciscans should ordinarily hold fast to non-violence (and must be very active about being peacemakers), but should recognize that individuals and groups may feel that it is justified in some (limited) circumstances.  So for a few years I tried to get the Constitutions amended.  I brought it up with the International Council and the Minister General; they informed me that they had made a collection decision to not start amending the Constitutions so soon after they were adopted (they were promulgated in 2000).  The Minister General suggested I take it up with the National Fraternity and see if they were willing to discuss amending our National Statutes.  I made a pest of myself and it eventually got placed on the agenda for a meeting of the national council; however, I was not notified and was not given the opportunity to make my case, and it was quickly voted down.  (I think, but am not certain, that they thought I was advocating that Secular Franciscans must be pacifists.)

July 24, 2018
Four Episodes from a Consistent Life Ethic, Part I
Next Post 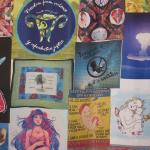 August 13, 2018 A Series of Conversations About Life Issues
Recent Comments
0 | Leave a Comment
"All the public information about Trump's plan indicates it would have been better. One reason ..."
Theodore Seeber A Lament for Afghanistan
"I am not denying that Trump also had a similar plan. We do not know ..."
Jeannine P A Lament for Afghanistan
"Capitalism can be IDOLATRY if you do not pay attention to your actions. Do not ..."
dennis richardson Capitalistic Idolatry Vs. Christianity
"One real question: are you willing to admit that President Trump also campaigned on a ..."
Theodore Seeber A Lament for Afghanistan
Browse Our Archives
get the latest updates from
Vox Nova
and the Patheos
Catholic
Channel
POPULAR AT PATHEOS Catholic
1

Freedom of Speech Matters
H/T to Salon Beige on a European freedom of speech ruling that's...
view all Catholic blogs
What Are Your Thoughts?leave a comment
Copyright 2008-2021, Patheos. All rights reserved.