Speaking to the Laity about the Crisis

It is now clear to many that the scandal of clerical sexual abuse is the most serious crisis the church has faced since the Reformation. (Massimo Faggioli in Commonweal, 8/8/18).

“This summer has been anything but a church picnic for us. It’s been a disaster, one crisis after another. And as I try my best to listen to people, I hear them express very eloquently frustration, bewilderment, anger, confusion. You name it, they got it.” (Cardinal Dolan to CNN, 9/13/18)

“If the church is unable to respond wholeheartedly and make this a priority, all of our other activities of evangelization, works of mercy, education are all going to suffer. This must be the priority that we concentrate on right now,” (Cardinal O’Malley, on 9/9/18, as reported by Catholic News Service)

The clerical abuse scandal was first brought home to me when I discovered in 2003 that a high school friend who had been ordained as a member of a religious order had in 2002 been named by his diocese as a priest who had credibly been charged with child sexual abuse. I hadn’t been in touch with my friend since 2002. We lived in different states. And now what was there to say? There was an accusation, but the statute of limitations had long ago expired, assuring that there would never be a trial. Was he innocent? If so, did he have a way to clear his name? Should I contact him at all? If I did, should I raise the matter? Or should I just ignore it, as he had in a telephone call to me in 2002 and in infrequent correspondence and calls during previous decades? What was the right thing to do?

In the end, and still not certain about what to say, I telephoned my friend, only to be told that he was in his order’s infirmary and unavailable to callers. He died some months later, stripped of his faculties to perform ministry, but still a priest and still cared for by his order. When I sent a message of sympathy to his sister I received no reply. Was this just an oversight? Or had my friend become an embarrassment – perhaps someone his sister, herself now deceased, loved until the end, but one whom she was at last secretly relieved to speak about in the past tense?

I’ve thought about these questions during the last fifteen years, but I have no answers. Yet it’s clear that the clerical sexual abuse scandal has had terrible consequences – not just for the children who have been mistreated so horrendously, and their families, friends, and associates, but for the entire community of believers. In reaching this conclusion, you wouldn’t need to have learned that some Catholics like Cardinal Dolan’s own mother are now at least a little ashamed to profess their Catholicism publicly. It’s obvious that the community of faith has been left reeling.

I’ve been encouraged through the years by the measures that the American Church has taken to protect minors, particularly by the Charter for the Protection of Children and Young People adopted by the U.S. Conference of Catholic Bishops in 2002. But I’ve been dismayed that so many dioceses have regarded that as an entire solution for a community in need of healing. In the 16 years since the Diocese of Tucson became the first to publicly disclose the names of clergy who have been credibly accused of abuse, most dioceses have declined to take similar action. In the San Francisco Bay Area, where I live, only the Diocese of San Jose has announced plans to do so now, while the San Francisco and Oakland Dioceses are mulling over their options.

Transparency is essential, and so is a large amount of oversight by the laity, even aside from whatever enhanced supervision is arranged by the Vatican under Pope Francis. The hierarchy has often asked the laity for its trust. But non-clergy will be involved one way or another in overseeing Church affairs. The only question is whether the hierarchy will allow important and permanent oversight roles for laity or whether it prefers to deal solely with prosecutors and grand juries.

Candor must extend as well to the relationship between parish priests and members of their congregations. About a month ago I attended Sunday Mass at a local parish. The Gospel was from John 6:60-69: Many of Christ’s disciples found his teaching hard and deserted Him. “Then Jesus said to the Twelve, ‘What about you, do you want to go away too?’ Simon Peter answered, ‘Lord, to whom shall we go? You have the message of eternal life.’”

The priest, a Franciscan, spoke in his sermon about the lives of innocents that had been blighted by abusive clergy. The priest spoke about his own pain and the pain of his fellow priests who were not guilty of abuse. He spoke about what the Church had already done and about what it still needed to do to address the wrongdoing. He ended with Peter’s reply to Christ: ‘Lord, to whom shall we go? You have the message of eternal life.’

At the conclusion of the sermon, the congregation applauded loudly and long. We wanted to hear about these things, and from a priest who was a member of our own community.
The reaction of the congregation I experienced that Sunday is not unique. The scorching August 14 Pennsylvania grand jury report identified more than 1,000 victims of child abuse in six of the state’s eight dioceses and, among other things, alleged that Cardinal Donald Wuerl, now the Archbishop of Washington, vouched for an abusive priest while serving earlier as the Bishop of Pittsburgh.

According to the Washington Post, at an August 26 Mass, this time at the District’s Shrine of the Most Blessed Sacrament, “the Rev. Percival L. D’Silva closed his homily on Sunday by calling on Wuerl to resign for his role in overseeing abusive priests in Pennsylvania — and received a standing ovation.”

And in the aftermath of the McCarrick scandal and resignation and the allegations against Pope Francis in Archbishop Viganò’s letter that are now regarded as dubious at best, at still another August 26 Mass in Washington, this time at Holy Trinity Catholic Church, “the Rev. Ben Hawley focused his homily on Viganò’s letter, questioning the former ambassador’s political motives but also whether popes and bishops have been doing enough to root out sexual abuse in the church.” According to the Post, the congregation applauded at the end of the sermon.

You might think that these sermons to some extent would write themselves. Unfortunately, I’ve heard of many parishes whose priests have yet to speak to their congregations about the latest explosive developments in the ongoing crisis. In one case, a pastor at the end of a Sunday Mass referred his congregation to a letter from the bishop on the subject that was reprinted in that week’s bulletin.

In fact, many American bishops have written pastoral letters to the faithful in their dioceses. This is worthwhile, even a necessary step despite the fact that the current credibility of the hierarchy is not great on this issue. But not all of the letters I’ve seen are striking the right notes. On August 17, for example, the Archbishop of San Francisco issued a letter that included the following:

While attending to policies and procedures is necessary, by itself it is really superficial. What is called for at this time is penance in reparation for sins against faith and morals. This is how we keep the righteous indignation that so many of us feel at this time from becoming an anger that divides the Body of Christ.

And why the conflation of “penance” with “reparation”? These are two different things. Penance can only be performed by someone who has done something wrong. It would be outrageous to say that the laity needed to do penance for the sins of some clergy. Reparation, on the other hand, has much broader application. All of us can and should pray for the repair of lives that have been devastated and for the repair of the Church. Someone more cynical than I am might be suspicious that calling upon the faithful for “penance” is an attempt to shift some of the blame for the abuse of children to the laity. But to me it seems just an example of another muddle that requires what Dorothy Day called the “clarification of thought.”

No one who accepts the Gospels doubts that the Church will get through this crisis. But candor with the laity and trust in their judgment will help to determine how quickly that happens. 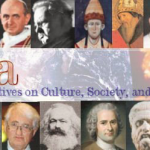 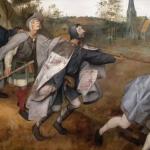