A quick question on “sacrifice” versus “oblation”

For October my parish is doing a short program on the Eucharist, and this has led me to listen a little more closely to the Eucharistic prayers.  This past Sunday, a couple words leapt out at me:  “oblation” and “sacrifice.”  Oblation is an obscure word in English, and my guess is that in the previous English translation, it was translated as “offering.”   And in fact the new translation uses both words for the same underlying Latin word (see below).   In the past I have made my opinions on the Latinizing tendencies of the new translation of the Roman Missal abundantly clear  (see here, here, or here) but this is not where I am going with this post.  Rather, I want to ask a question:  what is the difference between an oblation (or offering) and a sacrifice?

The Oxford English dictionary offers several overlapping definitions of oblation that seem apt in the context of the Eucharistic prayers:

That which is offered or presented to God or to a god, esp. the elements of the Eucharist before consecration; (hence) any offering or sacrifice; a sacrificial victim.

The action of solemnly offering or presenting something to a god; the offering of a sacrifice of thanksgiving or of religious devotion; (Christian Church) Christ’s offering of himself to the Father for mankind.

The relevant definitions of sacrifice are very similar:

That which is offered in sacrifice; a victim immolated on the altar; anything (material or immaterial) offered to God or a deity as an act of propitiation or homage.

Applied to the Eucharistic celebration:  (a) in accordance with the view that regards it as a propitiatory offering of the body and blood of Christ, in perpetuation of the sacrifice offered by Him in His crucifixion;  (b) in Protestant use, with reference to its character as an offering of thanksgiving.

To try to get a handle on the difference, I decided to (a) consult the underlying Latin text, which yielded the words “sacrifícium” and “oblatiónem”; and (b) consult my son Francisco, a budding Latinist.  My question and his response, lightly edited are as follows:

DCU: What are various ways of translating sacrifícium and oblatiónem?  The Roman missal translates the first as “sacrifice” and the second as “oblation” or “offering”.  However, both have the meaning of “offering to God” in English, so I am wondering if Latin draws a distinction that I am not getting in the English?

FCU:  From what I can gather, a sacrificum is, as you said, a sacrifice, but oblationem carries more connotations of like a gift, or appeasement for God. I’m not sure, but I think these were much more different in Classical Latin, where “sacrifice” had a more literal sense to it: i.e.,  like the difference between placing a bowl of fruit or some gold at an altar, and performing a ritual with a knife and a very unhappy bull. But within the Catholic Church? It’s hard for me to say. I think “oblatio” has a sense of it being offered with a specific request of prayer. But don’t quote me on that.

So my question is two-fold.  The first is for any Latin scholars who might be reading:  is Francisco’s distinction between the two words correct?  Are there other nuances in the Latin that we need to be aware of?

Second, can we gain more information by just looking at the texts of the Eucharistic prayers?  I have gone over them a couple times, but nothing is leaping out at me:  sacrifice, offering and oblation are used in ways that seem almost interchangeable at times and even at other times are very closely related.   Nevertheless, words matter, and it would be helpful to understand the distinctions. 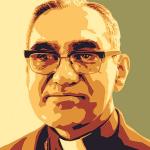 October 24, 2018 Much will be required of the person entrusted with much.
Recent Comments
0 | Leave a Comment
"Thank you for this honest and reflective article. You gave me lots to think about. ..."
mariangreen If Christ is our only King
"Great Post, Jeannine. I, too, felt a lot of resonance."
Matt Talbot If Christ is our only King
"I'm late seeing this, and I'm sorry for my prolonged absence here. But I want ..."
RoamingCatholic If Christ is our only King
"All the public information about Trump's plan indicates it would have been better. One reason ..."
Theodore Seeber A Lament for Afghanistan
Browse Our Archives
Related posts from Vox Nova

Trust the Church
Catholics are entering a three-year period of reflection and education concerning the...
view all Catholic blogs
What Are Your Thoughts?leave a comment
Copyright 2008-2021, Patheos. All rights reserved.
Close Ad