Here at the butt-end of a low, cheerless year I feel moved to revive a practice from my first tour of service at Vox Nova: predictions for the next 12 months. You should know that I’m usually wrong about these things. A combination of wishful thinking and reflexive pessimism typically overwhelms my otherwise rational predictive powers, so you shouldn’t sell the house, buy stock, or jump on any political bandwagons after reading this. And if you remind me of these prognostications later in the year, I’ll deny I ever made them (unless I was right). In the meantime, let’s have some fun.

In February, Special Counsel Robert Mueller will release a report completely exonerating President Donald J. Trump and key members of his Administration from wrongdoing of any kind in any field of endeavor – personal, political, or commercial – stretching back to 1946, the year of Trump’s birth. The next day Trump will announce the permanent appointment of James Comey as Attorney General of the United States, subject to Senate approval.

Also in February, during a meeting of the presidents of national bishops conferences, called together to discuss the sex-abuse crisis, Pope Francis will abruptly resign and announce his support for the elevation of Cardinal Raymond Burke as Bishop of Rome. Rod Dreher will immediately announce that he’s back in the fold and Raymond Arroyo will rediscover Catholic teaching on fidelity to the Vicar of Christ. Burke’s first measure as Pope Innocent XIV will be an old-fashioned Bull of Interdiction against the Patheos Catholic Channel, including the excommunication of Rebecca Bratten Weiss. His second will be to don his frilliest, laciest outfit – fire engine red, of course – and order the ritual castration of all homosexual clergy.

By the end of 2019, none of the current projected contenders for the Democratic Party’s 2020 presidential nomination will have gained any foothold with likely Democratic voters. Instead, a groundswell of support will be forming for a bill to amend the Constitution that would allow Alexandria Ocasio-Cortez, then 30 years old, to stand for election.

The New York Jets, perennial laughingstock of the NFL, will lure both Bill Belichick and Tom Brady away from the New England Patriots. During his second tour with the Jets, Belichick will lead New York to a perfect 20-0 record and their first Super Bowl victory since 1969, whereupon he will be immediately fired by a furious Robert Wood Johnson IV.

The stock market will continue its slide toward oblivion when China announces that “it’s just not worth it” to continue to negotiate with the United States and suspends all trade indefinitely. Retailers across the country, both online and brick-and-mortar, gradually sell off 97% of their inventory without replacement. Near the end of the sell-off, the price of a single leopard-print Slanket™ soars to over $2,300.

Not long after the appointment of Halliburton CEO Jeff Miller to the dual posts of Secretary of the Interior and Administrator of the Environmental Protection Agency, grateful Clevelanders discover that they can once again walk across the Cuyahoga River. When it’s not on fire, that is. Meanwhile, the entire State of Nevada is sold off to – you guessed it – Halliburton for oil and gas exploration, mining, nuclear testing, or whatever the company wants to do with it. Price: $1 per acre and the federal government takes a lease on 1 million acres at $1 million per acre per year.

The mystifying popularity of K-Pop, which features South Korean girl and boy bands, will be followed by the simultaneous emergence in 2019 of K-Rap, K-Metal, and K-Latin. The cultural icon of 2019 will be Lil’ Moon, a 17 year-old, gender-fluid rapper who lays down rhythmic grammatical phrasing about being the son of a Samsung line worker in Daejeon. Meanwhile, the top movie of the year will be a remake of Happy Gilmore, the 1996 golf comedy starring Adam Sandler. Sandler will also reappear in the film’s remake, confirming that Hollywood is completely out of ideas, scripts and decent actors.

Well, that’s all I’ve got folks. Here’s hoping that 2019 is as good as I’ve predicted, but whether I’m right or wrong, it is sure to be every bit as interesting. 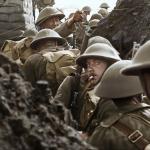 December 27, 2018
Peter Jackson's Reminder That War is Blasphemy
Next Post

December 31, 2018 An old millennial, unlearning entitlement
Browse Our Archives
get the latest from
Vox Nova
Sign up for our newsletter
POPULAR AT PATHEOS Catholic
1

Cancel And Replace The March For...
A Little Bit of Nothing
Related posts from Vox Nova