A few weeks ago, Facebook presented me with a 2018 “year in review.” A carefully curated version of my life over the past year flashed before my eyes. A delightful photo of me reading poetry at a writers’ conference in Florida. An announcement of the publication of my third chapbook. A video of me with my parents at a polka dance party in Buffalo, NY (in case you’re uninformed, polka is the liveliest, most joy-inspiring music you’ll ever hear). Photos of my summer trip to Greece. A photo of me protesting our current president’s visit to my hometown last August alongside other members of the Dubuque Democratic Socialists. A picture of me reading from my translations at the Library of Congress last November. Group pictures of my smiling students at the end of the semester. The perfectly glossed, airbrushed, sanitized, not-even-half-true version of my life.

There were no images of me in March, making a decision that would set me morally on the wrong track for most of the rest of the year. My photos from Greece did not include any picture of me wandering the beach in confusion, begging God to show me the way out of a tangled knot of wrongdoings I’d fallen into. There was no picture of me in early August, barely able to get out of bed, doing nothing but weeping for hours on end, wondering how I’d find the strength to begin a new semester of teaching. There were no copies of some of the vitriolic text message conversations exchanged between me and the people I’d hurt this year.

For me, 2018 was a year of outward successes and internal failures, of richness of experience and moral poverty. A year of teenage rebellion come two decades too late, of greedily taking for myself at the expense of others. A year in which I’ve had to learn many things the hard way. I don’t know if 2019 will be any easier, or if I can make sure I avoid repeating the errors of this year, as these have lasting consequences. But there is one lesson I must struggle to learn: that life is not fair, and if we seek goodness while expecting a reward, we are bound to be disappointed.

A child of the eighties, I count myself among the oldest of a much-maligned generational group: the millennials. We are the ones who got a blue ribbon just for participating, who were constantly reminded of our specialness. While my Silent Generation parents urged me to accept my ordinariness with humility, school was a place where I could imbibe the nectar of egotism. Academic achievement – a largely self-centered pursuit – is arguably no real virtue, but those who excel at it are rewarded, and over the years, those rewards made my head start to swell. Somewhere along the way, I internalized the common US-idea that if you only work hard enough, if you just apply yourself and have enough tenacity, all your dreams will come true.

In my case, this idea turned out to be somewhat true – though I would attribute a lot of it to the circumstances of my birth and much good fortune throughout my life. But while I’ve tried to practice gratitude, I fell into that particularly United Statesian trap of wanting more. The ancient Greeks called it pleonexia – insatiability – and warned of its dangers. Indeed, it seems to be a rampant disease of the 21st century, one that is rapidly destroying our planet and foolishly pitting us against one another.

While greed may be a characteristic of many generations – I’m looking at you, Boomers – one of the many character defects that millennials have been mocked and critiqued for is our sense of entitlement. Believing ourselves special, so many of us got the idea that we could somehow take good things as our due. This is connected to many other general streams in US culture, such as the “prosperity gospel,” the idea that if we have enough faith we will be “blessed” with worldly success and riches…and if we do not achieve such good fortune, if bad things happen to us, that clearly is our own fault.

As I became an adult, I didn’t realize how entitled I was becoming. While I tried to practice gratitude for every good thing that came my way – admission into graduate school, professional opportunities, strong friendships – there was one area where I became entitled: the field of romantic love.

All my life, I’d been told that I was a kind, sweet, loving person. While I was never considered particularly attractive physically, I was led to believe that I wouldn’t have a problem finding someone to share my life with. I fell in love at a young age and worked hard to cultivate a relationship across time and space (I’d met him while studying abroad in England, and we’d exchanged emails and letters and Skype messages for years before he moved to North America for me). When that relationship fell apart, I was devastated. I was thirty-two – the age when so many of my friends were either married or about to get married. At that juncture, I found myself starting a new life alone.

This led to a lot of resentment and anger. Hadn’t I done all the right things? I’d waited patiently for years. I’d been his caregiver when he spent a year recovering from a serious illness. It’s not fair, I found myself whining, just like Sarah in the Jim Henson cult film Labyrinth. (“You say that so often,” replies the Goblin King. “I wonder what your basis for comparison is”).

The loss I experienced three years ago left me bitter and cynical. My years of effort felt like they were in vain. Why be loyal to someone, I asked, if in the end they’re just going to leave you? Why be patient, kind, and giving if these traits are not rewarded? Why not just be self-seeking instead?

It has taken me a while to realize the simple answer: goodness is its own reward. Lasting happiness comes from giving, not taking. And anything we do that causes harm or pain to others – directly or indirectly – will inevitably hurt us as well. This might seem like common sense, but it’s less so if you’re a US-born millennial. The idea of meritocracy is so inherent in our attitude that many of us don’t know what to do when struck with the universe’s unfairness.

This is a reality that Kate Bowler, a Duke University theology professor and researcher of the American prosperity gospel, was faced to encounter quite personally when she received a sudden, completely unexpected diagnosis of Stage 4 cancer at age 35. This is a reality that a twelve-step program such as Al-Anon, geared toward family and friends of alcoholics, seeks to reveal to its members: while it might be tempting to blame the alcoholic for their behavior, part of the problem lies in our own expectations. As Bowler says in her excellent memoir, Everything happens for a reason and other lies I’ve loved, we Christians must live in the reality that God’s kingdom is not yet here.

I’ve chosen to share – or perhaps, in typical millennial fashion, to overshare – these personal reflections because I know I’m not alone in this dilemma. Social media encourages our already socially sanctioned tendency to put our best face forward, concealing less savory truths about ourselves. But I know I am not the only person dealing with moral failings. I also know I’m not the only one finding, in this slippery space between youth and middle age, that life often turns out to be different from what we’d imagined. I know couples who yearned to be parents who have found out that they cannot; I know people who struggle with illness, poverty, and many other hardships. The universe is not fair; the kingdom is not yet fully here. Let 2019 be a year of unlearning the habit of taking good things as one’s due and learning to live in gratitude, a year to empathize with the struggles of others and pursue goodness as its own reward. Happy New Year to all. 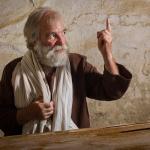 January 6, 2019 So what is the problem? A post to start a discussion
Recent Comments
0 | Leave a Comment
"Very late to this article, but is there somewhere in Catholic theology that states this?"It ..."
David Larson On the Conscience and Our Response ..."
"Are you Jeannine Pitas?"
Hubert Rinse It’s More Complicated Than That
"This is such an important topic. We as a nation have to admit when solutions ..."
Melanie Beasley Lies, Damn Lies, and Profit Motives
"Oh dear stars these translated words.....dont make any sense aaaaaaa thanks for translating.ZH.G1269.US/c5119Y"
Spirit1299 If Christ is our only King
Browse Our Archives
Related posts from Vox Nova

Catholic
If Christ is our only King
Vox Nova