The Forbidden Sayings of Jesus

Have you ever heard of the Gnostic Gospels? They’re a collection of 60 or so texts written from the first to third century, based on the wisdom teachings of several prophets and spiritual leaders—including Jesus. In fact, they’ve been referred to as  “the secret sayings of the savior”.

Many of the gospels were written in the first through third centuries, about the same time as their more famous brethren, Mark, Matthew, Luke and John. Once in wide circulation, these gospels were passed around fledgling churches throughout the Mideast and beyond and show the rich diversity of early Christian beliefs.

There’s just one problem: in the fourth century, the early Roman church declared the books heretical in an attempt to centralize authority and get all Christians literally on the same page. The edict came down not just to stop reading these books, but to destroy every last one of them.

In spite of the best efforts of the book burners, many of these texts survive today. A treasure trove of them were discovered in 1945 in Egypt. But they are largely ignored or even considered taboo by mainstream religions. (Two examples: the reverend at my local church acted as if he had never heard of them, while a mild-mannered former priest I know agitatedly called the texts “pure garbage” when I asked about them.)

So what are these Gnostic books all about and why do they strike fear and loathing in some people? I’ve read 30 to 40 of the texts and can report the themes are as varied as those found in the Bible, with topics ranging from creation mythology to wild tales of a coming apocalypse. Most interesting though, and perhaps most controversial, are the many passages about the sayings of Jesus.

Like the Bible, some of the passages will leave you scratching your head. Yet, there are common themes that come up again and again threading their way through several of the texts. The Web site The Gnosis Archive sums it up this way:

Gnosticism asserts that…direct, personal and absolute knowledge of the authentic truths of existence is accessible to human beings…and the attainment of such knowledge is the supreme achievement of human life.

The key words here are direct and personal. There are several Gnostic passages that state that you and I have the power to tap directly into the higher source of knowledge. Consider the two sayings that follow, both attributed to Jesus (followed by the name of the Gnostic text):

What you seek after (is) within you. ~The Dialogue of the Savior

Beware that no one lead you astray, saying ‘Lo here!’ or ‘Lo there!’  For the Son of Man is within you. Follow after him! Those who seek him will find him. ~The Gospel of Mary

Note the common words “within you”. They may sound innocent enough but they’re really quite radical. After all, if what we seek after is inside us, it cuts out the need for a middleman to reach God. Which may explain why in the early church and even today the Gnostic Gospels are considered religious texts non grata.

Other Gnostic books continue this theme by pointing out the rich rewards and wisdom that can be found by looking within. Again, all of these passages are said to be the actual words of Jesus:

He who has known himself has…already achieved knowledge about the depth of all. ~The Book of Thomas The Contender

Those who have come to know themselves will enjoy their possessions. ~Gospel of Phillip

That which you have will save you if you bring it forth from yourselves. ~Gospel of Thomas

There are also several additional interesting passages from the Gospel of Thomas, which many scholars think was written before the four traditional Gospels of the Bible. A common theme is that God and the Kingdom of Heaven are right in front of us, here on this Earth, if we can only learn to see them:

The Kingdom is inside of you and it is outside of you. ~Gospel of Thomas

Recognize what is in your sight, and that which is hidden from you will become plain to you. For there is nothing hidden that will not become manifest. ~Gospel of Thomas

His disciples said, “When will the Kingdom come?” It will not come by waiting for it. It will not be a matter of saying here it is or there it is. Rather, the kingdom of the father is spread out upon the earth and men do not see it.  ~Gospel of Thomas

As you can see, many of the ideas in the Gnostic Gospels run counter to mainstream Christian beliefs. Yet, they give me a greater appreciation for Christianity and Jesus than I can find in any church or read in any traditional version of the Bible. For me at least, they teach in a way that resonates like few Bible passages do, with universal lessons echoed by the Bhagavad Gita and Ralph Waldo Emerson.

Want to learn more? A great place to start is a conversation between Bill Moyers and Elaine Pagels here. Then, continue on to two authoritative and fascinating books about the early gospels; I highly recommend Pagels’ The Gnostic Gospels, followed by Bart Ehrman’s Lost Scriptures: Books that Did Not Make  It into the New Testament. For slightly more subversive reading, see Jesus and the Lost Goddess: The Secret Teachings of the Original Christians by Timothy Freke and Peter Gandy.

January 29, 2012
Do you have Inner Peace? Ask yourself these 12 questions.
Next Post

March 22, 2012 Dr. Seuss and the quirky hand of fate.
Recent Comments
0 | Leave a Comment
Browse Our Archives
Follow Us! 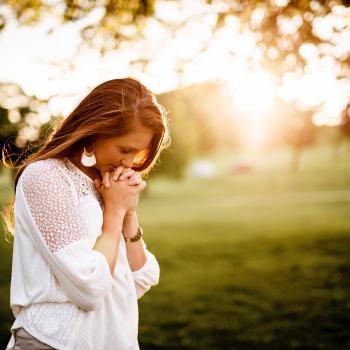 New Visions
Jesus: On Finding God Within You
Wake Up Call 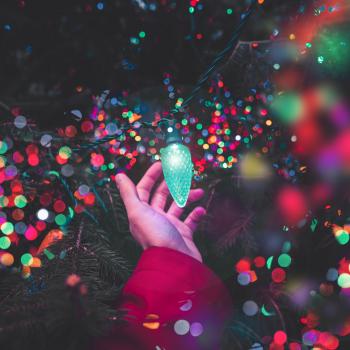 New Visions
Realizing the “Christ Consciousness” Within You
Wake Up Call 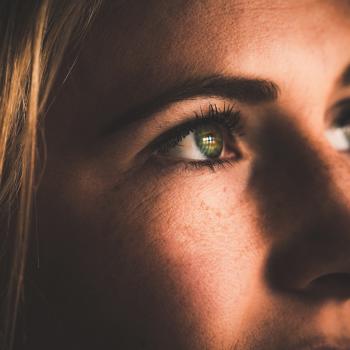 New Visions
Finding God without Church (Spirituality for the Rest...
Wake Up Call