How a 700-Year Old Prayer Can Help You Find God. 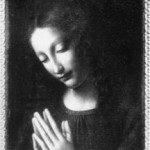 Don’t you know that you yourselves are God’s temple and that God’s Spirit dwells in you? ~1 Corinthians 3:16

What do you do when your ordinary prayers stop working? When your praying stops bringing you comfort? When it feels like you’re talking into a void and you’re not getting any closer to God?

Well, a very long time ago a group of Catholic mystics had an answer, one that the Catholic church purged from its faith for centuries—but that in the past few decades has made a comeback. It’s known as centering prayer though it was orgina1ly referred to as contemplative prayer.

While its origin may date back to early days of the church, some religious scholars point to the 14th century as the seminal point of contemplative prayer. It was then that an unknown Christian mystic wrote a book called The Cloud of Unknowing that set the foundation for centering prayer. It included advice like this:

This is what you are to do: lift up your heart to the Lord, with a gentle stirring of love desiring him for his own sake and not his gifts. Center all your attention and desire on him and let this be the sole concern of your mind and heart.

Contemplative prayer would fall out of favor and remain that way for about 700 years. What happened? Well, according to Father Thomas Keating, one of the great modern proponents of centering prayer, “a negative attitude prevailed with growing intensity from the 16th century onward” due to the Reformation and the long and brutal period known as The Inquisition.

But when the church began to lose members to Eastern philosophies and the lure of meditation in the 1960s and ‘70s, a small band of renegades on the fringes of the church began reintroducing the idea of contemplative prayer. They were inspired by the Trappist monk Thomas Merton who wrote “the simplest way to come into contact with the living God is to go to one’s center and from there pass into God”. So they began calling it centering prayer.

So what is centering prayer and how does it work?

Essentially, it’s a prayer without words, or more accurately a prayer with a single word. Its aim is to help you establish a deeper relationship with God (or for some practitioners, Jesus) to the point that God becomes a living reality in your life, available to you at all times.

I’ve been reading an excellent new book on the subject titled The Path of Centering Prayer by David Frenette who describes it as “a state beyond walking, sleeping or dreaming.” With help from his writings, I’ve developed a six-point “how to” guide on centering prayer:

*Note: I cheat and use three syllables that help direct me to the ultimate goal: Rest in God.

As with most things you want to get good at, the key to success in centering prayer is practice, practice, practice. Another modern day expert on the subject, M. Basil Pennington, recommends two 20-minutes sessions a day. “The first in the morning, introduces into our day a good rhythm…the second, after 8-10 hours of fruitful activity, is a period of renewal to carry us through.”

As far as results go, Pennington points out that St. Teresa of Avila taught that those who were faithful to contemplative prayer could expect in a relatively short time—six months to a year—to achieve a state where the divine presence could be sensed within.

Frenette writes that the next step is to engage in centering prayer without any words, to just rest and simply be in God. He says that the sacred word or symbol you use is really like a life preserver you might need when entering deep waters for the first time. He recommends that as you become better versed in centering prayer you “let go of the life preserver and just float”.

It’s easy to see the parallels between centering prayer and secular meditation, a subject I’ve written about before. For one thing, simply observing your breathing can also serve as a symbol of your consent to God’s presence. But while the calming effect is much the same as meditation, there’s an added element in centering prayer. It’s the sense that in the vast nothingness within, there’s a presence, one that’s part of the soul but greater than the soul.

You can label this presence what you wish, for me it’s God. Which brings me to a closing thought from Benedictine abbot Dom John Chapman:

November 6, 2012
Surviving Sandy: Prayer, an angel and my black Buddha.
Next Post

New Visions
Are we worshipping Jesus when we should be...
Wake Up Call
TRENDING AT PATHEOS New Visions