A guy did ayahuasca 4 days straight. Here’s what he learned

If you looked into the world’s most honest mirror, what would you see?

The question above comes from the writer Sean Illing. In a recent issue of the online publication Vox, he wrote a story titled “What the psychedelic drug ayahuasca showed me about my life,” after taking ayahuasca for 4 consecutive days. The “honest mirror” he talks about is a byproduct of the drug.

Are you familiar with ayahuasca? It’s a tropical vine grown in the Amazon and through a complex process it can be used to produce a hallucinogenic drink. For centuries, it has been a part of traditional spiritual ceremonies conducted by the indigenous people of the Amazon—and now its use has spread to the West.

Most who try ayahuasca have strange and astonishing tales to tell.

They see plants come to life “with intertwining branches and leaves.” What look like strands of spiraling DNA turn into slithering, whispering snakes. Some even encounter either scary or benevolent supernatural beings. Yet for Illing, while the bizarre hallucinations are present (at one point he sees black snakes emerging from the mouth of a companion), he is also rewarded with moments of insight and wisdom. He sums up his experience like this:

People say that a single ayahuasca trip is like a decade of therapy packed into a night. That’s probably an overstatement, but it’s not altogether wrong. In four nights, I feel like I let go of a lifetime’s worth of anger and bitterness.

Similar to Illing, the author Daniel Pinchbeck, writing in Breaking Open the Head, A Psychedelic Journey into the Heart of Contemporary Shamanism, says that that he began experimenting with ayahuasca to “shatter the hypnotic trance of modern life.” He sees the psychedelic drug as a “profound tool for self-exploration” explaining that:

For many thousands of years, direct knowledge of the sacred was a natural and universal part of human existence, as it reminds today in tribal cultures. With the rise of the modern state and the church, interaction with mystical realities was alienated from the masses. Communion with the sacred was reserved for the priests.

Pinchbeck sees himself as a modern-day shaman engaging in a sacred rite, one he has every right to participate in. When he takes ayahuasca, he says that “I am in touch with that ancient and questing part of myself.” He sees the plants as spiritual beings, emissaries from the “Green Nation”, who have developed the ability to “share their wisdom with human beings.”

When Illing took ayahuasca, two big insights came to him.

In the first one, he flashes back to his life with his spouse and all the opportunities he missed to be a better, more caring partner.  Moments in time come back to him like the proverbial life flashing before his eyes, his relationship and marriage rolling from scene to scene as if he was watching a movie.

I start to see every moment of our relationship in which she reached out to me and I missed it. I see her asking me to go to a meditation class, and I decline. I see her pause to ask me to connect at the peak of a mountain after a long hike in Boulder, Colorado, and I shrug it off. I see her ask me to go dancing at a show near our apartment, and I watch myself mindlessly decline. I see myself stuck in my own head, my own thoughts, my own impulses. And I see the disappointment on her face. I see her see me miss an opportunity to reconnect.

Then I relive all those moments again, and this time I see myself do or say what I should have done or said. And I see the joy on her face. I see it so clearly that it hurts. I see how much time I wasted, how much love I withheld…and I think about how I’m going to look at my wife when I get back home, and how she’ll know I’m seeing her — really seeing her — for the first time all over again.

INSIGHT 1: Each and every moment matters. We waste precious time when we don’t live in these moments. In life, there are no do-overs, so we need try to get it right the first time.

In the second insight, the author looks within himself—and does not like what he sees. Again, he flashes back to moments in his life when his behavior came up short, leaving him missing the chance to engage with or truly relate to the people around him. This hallucination also appears as a movie running in his head.

I watch my entire life unfold as though it were projected on a movie screen. But it wasn’t my whole life; it was every lie, every counterfeit pose, every missed opportunity to say or do something true, every false act and ingratiating gesture, every pathetic attempt to be seen in a certain light. The highlight reel is way longer than I imagined.

The movie rages on into college and adult life, with my self-consciousness expanding. I see myself not looking into the eyes of the person I’m talking to because I’m playing out all the ways they might be judging me. I see myself pretending like my hair wasn’t thinning years ago and all the times I tried to hide it. And every time, the reason for posing was the same: I cared too much about what other people thought.

The experience made me aware of how often we all do this. We do it at home, at work, at the grocery store, at the gym. Most interactions are either transactional or performative. No one wants to make eye contact, and most of the time people freak out if you really try. We’re too self-conscious to listen. We’re thinking about what we’ll say next or how we’re being perceived. All the posturing destroys any chance for a genuine connection.

INSIGHT 2: We need to stop being so hung-up on ourselves. Look outside yourself, not within. The only way to truly connect with another is to quiet the non-stop inner dialogue and put the person across from you first.

AN IMPORTANT WARNING: There are plenty of people who have bad experiences with ayahuasca. As one website states, it “is a hugely powerful drug that brings with it an intense psychological journey, and thus should not be used for recreational purposes.” My recommendation: before even thinking about trying ayahuasca, read up on it, including the story here. 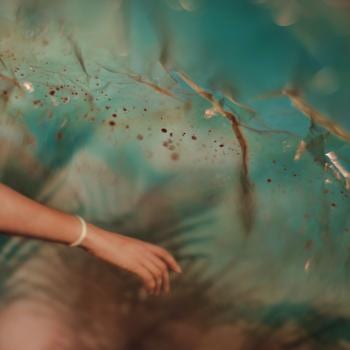 New Visions
A Woman Takes Ayahuasca and Discovers a Universal...
Wake Up Call 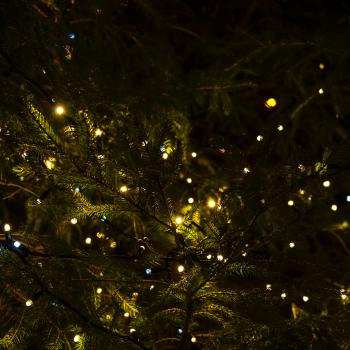 New Visions
Have Yourself a Very Mystical Christmas
Wake Up Call 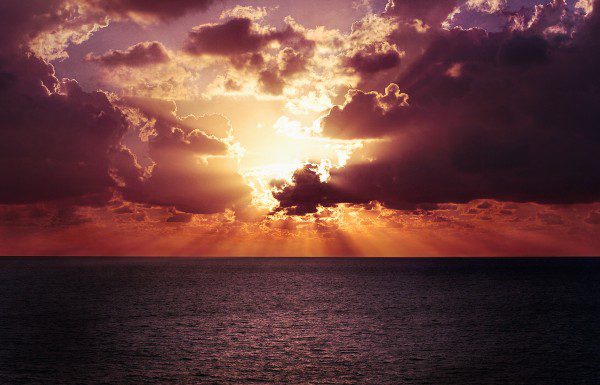