When God Talks, Do You Listen?

“Let us be silent, and we may hear the whispers of the Gods.” ~Ralph Waldo Emerson

What if someone told you that they regularly talked to God, had a give and take, where they asked God a question and got an answer in return. Would you think they were nuts? Or would you think they had tapped into a secret wisdom that you didn’t know about?

In a Daily Beast story titled “We Talk with God: What Evangelical Christians Hear,” anthropologist TM Luhrmann reported that after 10 years of research on the issue, he was convinced that evangelicals were having a regular dialogue with God. Or at least they believed they were. In his words:

They believe that prayer is a conversation in which they talk to God and God talks back. They will say that God “told” them to do something—to talk to the stranger next to them on the bus, or move to Los Angeles.

Luhrmann reports that many of the evangelicals he spoke with can pinpoint the exact time and place when God began to speak with them, often while they were engaged in prayer. Once this conversation begins, it then continues throughout their lives. In most instances, it works like this:

They would talk to God with their inner voice, about something that was vexing them, and they would wait for his response—some inner word or image that would give them guidance. Sometimes it came immediately; sometimes it took time. They call this practice “listening.”

Of course, when one hears these stories it may bring to mind the tales of those who hear God tell them to do evil deeds, say kill the neighbor’s dog or worse. But Luhrmann says that for starters, one does not act on a faint notion, only on the certainty that what you’ve heard is the true voice of God. He explains:

The church teaches congregants to pay attention only to certain of these striking thoughts—to good thoughts, thoughts that are the kinds of things God should say. That is, those thoughts should be relevant, wise, and loving. (“God does not tell you to hurt yourself,” people said.) You should feel calm when you have them. When you hear God correctly, you should feel peace, and if you didn’t feel peaceful, it wasn’t God.

Ralph Waldo Emerson had a similar way to communicate with God.

You’ve probably heard of Ralph Waldo Emerson, he’s widely recognized as one of our greatest American philosophers. A former minister, he left the church after finding its rigid doctrine and rules too stifling—but he took his spirituality with him.

Emerson believed there was a source of guidance available to us all called the “divine soul.” He had his own way of communicating with this source, which he referred to as “lowly listening.” It’s not too far different from what many evangelicals practice today. Emerson wrote that:

There is a soul at the center of nature and over the will of every man…we prosper when we accept its advice…we need only obey. There is guidance for each of us, and by lowly listening we shall hear the right word.

The first step in “lowly listening” is to quiet the mind and be still. You might do this through centering prayer, meditation, or even a brisk workout. After you’re in a relaxed state, you then put your concerns and questions out to God and, while not trying too hard, “listen” within. Emerson discussed the process in an essay he penned titled Spiritual Laws. He said the key is to:

It’s at this point that, as explained by Emerson scholar Richard Geldard, that we reach a place where we can receive the word of God:

Solitude, stillness, reflection, judgement and understanding all come together to guide us.

Perhaps influenced by Emerson, in the early-1900s Ralph Trine, a leader of the New Thought Movement, was singing a similar song. In the spiritual classic In Tune with the Infinite, a runaway bestseller in its time, Trine wrote that there is a “divine inflow” that we all can tap into for guidance. He believed that:

It is through your own soul that the voice of God speaks to you. This is the interior guide.

This idea, that there is a quiet inner voice we can access that belongs to God, is still prominent today and not just in evangelical circles. In fact, it does not require you to belong to any specific religious group or to have any special powers. The poet and sage Ivon Prefontaine explains it this way:

Regardless of faith and even when we do not have it, there still exists a source deep within each of us that when we touch it and let it speak to us is able to guide us in wonderful and amazing ways.

Additional guidance on listening to God comes from author and mystic Llewellyn Vaughan-Lee. In his book Prayer of the Heart in Christian and Sufi Mysticism, he tells us that:

Learning to pray is learning to listen. Within the heart we learn to wait with patience for God’s words, which may come even when we have not asked.

The most important part is learning to separate the false voice of the ego with the true voice of God. Vaughan-Lee advises us that:

Such listening requires both attentiveness and discrimination, as it is not always easy to discriminate between the voice of the ego and the voice of our Beloved. But there is a distinct difference: the words of the ego and mind belong to duality; the words of the heart carry the imprint of oneness. In the heart there is no argument, no you and me, just an unfolding oneness.

It is in this oneness that we find the voice we are looking for and the guidance that we need.

If you liked this story, you might also want to read Did God Stop Talking? Or Did We Stop Listening? 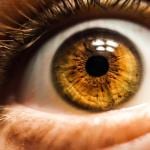 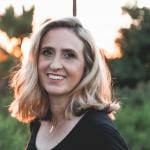 September 9, 2019 How to Make the Most of “The Second Half” of Life
Recent Comments
0 | Leave a Comment
"Thank you for this. I will be reading the book now."
Brianna LaPoint 7 Life Lessons from The Boy ..."
"I’m sure you’re taking everyone of those verse out of context to whom is speaking ..."
D.M.S. 5 Ways to Hear What God ..."
"If it's the god of the bible you are referring to, chances are if and ..."
C Nault 5 Ways to Hear What God ..."
"Acceptance of evidence supported probability requires no "faith".There is no evidence of the existence of ..."
rationalobservations? Does God Exist? A Parable About ..."
Browse Our Archives
get the latest from
Wake Up Call
Sign up for our newsletter
POPULAR AT PATHEOS New Visions
1

What Does It Mean to Be...
Companions on the Journey
Related posts from Wake Up Call