The Untold Story of the Birth of Jesus

The Untold Story of the Birth of Jesus December 16, 2021 Tom Rapsas

You probably know the story told every Christmas about how Jesus was born to Mary in a manger in Bethlehem. What you may not know is the narrative is cobbled together from two slightly different versions of the tale that appear in the gospels of Matthew and Luke. There’s no other mention of the birth in the Bible and the gospel stories are not as detailed as you might think.

That’s where the Gospel of James comes in. Also known as the Infancy Gospel of James, it’s a Gnostic gospel that was purportedly written by James, the stepbrother of Jesus. It has elements of the bible stories but is much longer than what you’ll find in Matthew and adds additional details that aren’t in Luke. Read as a companion piece to those two gospels, it paints a fuller, richer story of the birth of Jesus.

Where does the Gospel of James fit in with the other gospels?

The earliest known gospel, Mark, was written in approximately 70 AD, while the last gospel written, John, dates to about 90-100 AD. The fact is all four gospels found in the Bible were written decades after the death of Jesus and came from an oral tradition. Stories about Jesus were passed around from person-to-person until one day, many years later, they were written down.

According to experts, the Gospel of James dates back to 145 AD, during a time the early Christian church had scores of gospels in play. There’s evidence that James was translated into Syriac, Ethiopic, Coptic, Georgian, Old Slavonic, Armenian, Arabic, Irish and Latin versions. But despite its popularity, it was eventually barred from the official church canon.

Why was the book banned? There’s nothing too controversial to be found in the Gospel of James though it does change a few details. For instance, Jesus is born in a cave, not a manger. It may have been another case where the early church was looking to streamline the Jesus message and get everyone on the same literal page.

For the sake of space, what follows is an edited version of the story. (You can see the full transcript  here.) For easier reading, I’ve tweaked some of the language and added a few notes in italics.

An Excerpt from the Gospel of James

A voice said to her, “Rejoice, blessed one. The Lord is with you. You are blessed among women.” And Mary looked around to the right and the left to see where this voice came from. Trembling, she went into her house.

Suddenly, an angel stood before her saying, “Do not be afraid Mary. You have found grace before the Lord of all. You will conceive from his word.” Upon hearing this, Mary was distraught, saying to herself, “If I conceive from the Lord God, will I also conceive as all women conceive?”

And the Angel of the Lord said, “Not like that, Mary. For the power of God will come over you. Thus, the holy one who is born will be called son of the most high. And you will name him Jesus, for he will save his people from their sins.” And Mary said, “I am the servant of the Lord. Let it happen to me according to what you say.”

Joseph was extremely frightened and kept quiet about her, pondering what he should do. And Joseph said to himself, “If I hide her sin, I will be rebelling against the law of the Lord. And if I expose her to the children of Israel . . . well, I am afraid that the child in her might be angelic and I will be betraying innocent blood to a judgment of death. What then will I do about her? I will send her away from me secretly.”

Night overtook him. And suddenly an angel of the Lord appeared to him in a dream, saying, “Do not fear this child. For the child in her is from the Holy Spirit. She will bear a son for you and you will call his name Jesus. For he will save his people from their sins.” And Joseph arose from his sleep and glorified the God of Israel who had given grace to him.

Later, Mary and Joseph are on the road, avoiding a census being conducted by Emperor Augustus.

When they came to the middle of the journey, Mary said to him, “Joseph, take me off the donkey, the child is pushing from within me.” So he took her off the donkey and said to her, “Where will I take you and shelter you? This area is a desert.”

He found a cave and led her there and stationed his sons to watch her, while he went to find a Hebrew midwife in the land of Bethlehem.

In the next section, the voice switches to that of Joseph.

I looked up to the peak of the sky and saw it standing still and I looked up into the air. With utter astonishment I saw it, even the birds of the sky were not moving. And I saw a woman coming down from the mountain and she said to me, “Man, where are you going?” And I said, “I am seeking a Hebrew midwife.” Replying, she said to me, “Are you from Israel?” And I said to her, “Yes.” Then, she said, “And who is giving birth in the cave?” And I said, “The one who has pledged to be married to me.” And she said to me, “She is not your wife?” I said to her, “She is Mary, the one who was raised in the temple. She is not yet my wife, but has a fetus from the Holy Spirit.”

The narrative then switches back to the third person.

And immediately, the cloud withdrew from the cave and a great light appeared in the cave so that their eyes could not bear it. And a little while later the same light withdrew until an infant appeared. He took the breast of his mother, Mary. And the midwife cried out and said, “How great this day is for me, for I have seen this new miracle.”

Joseph was about to depart to Judea when there a great commotion in Bethlehem of Judea. For astrologers had come, saying, “Where is the one who has been born king of the Jews? For we saw his star in the East and came to worship him.”

And when Herod heard, he was shaken up and sent servants to the astrologers. And he also sent for the high priests and questioned them in his palace, saying to them, “What has been written about the messiah? Where will he be born?” They said to him, “In Bethlehem of Judea, for so it has been written.”

He questioned the astrologers, saying to them, “What sign did you see about the one who has been born king?” And the astrologers said, “We saw a star shining with incredible brilliance amidst the constellations and making them seem dim. And so we knew that the king had been born in Israel and we came to worship him.” And Herod said to them, “Go and search. If you find him, report to me so that I also may come and worship him.”

And the wise men departed. Then, the star which they had seen in the east led them until they came to the cave and stood over the head of the child. And when the astrologers saw him with his mother Mary, they took gifts out of their bags: gold, frankincense, and myrrh. And having been warned by the angel not to go into Judea, they returned to their country by another road.

When Herod saw that he had been tricked by the astrologers, he flew into a rage and sent his executioners, telling them to destroy all the infants that were two years old or younger. And when Mary heard that all the children were being destroyed, she was afraid and took the child and wrapped him up and put him in a stall of cows.

Here the story switches to Elizabeth, a cousin of Mary. Just like Mary is worried about Jesus, Elizabeth is worried about her son, John. She begins climbing a mountain, looking for a place to hide her child. She is aided by divine intervention and one can speculate that Mary received the same assistance.

Elizabeth looked around to find where she could hide John, but there was not any good place. Then, as Elizabeth sighed, she said with a loud voice, “Mountain of God, take me, a mother with her child.” For Elizabeth was too afraid to go up higher. And at once, the mountain split open and received her. And there was light shining through the mountain to her. For an angel of the Lord was with them, guarding them.

December 7, 2021
How to Find God’s Hiding Place
Next Post 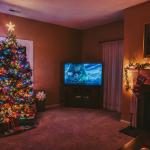 December 22, 2021 The “I Love Christmas Movies” Trivia Quiz
Recent Comments
0 | Leave a Comment
"In Home Alone 2, they go to NY. In the first HA they go to ..."
Stephen The “I Love Christmas Movies” Trivia ..."
"There remains no authentic and original first century originated historical evidence of the existence of ..."
rationalobservations? The Untold Story of the Birth ..."
"Most atheists don't care about challenging deists and deism. They only care about rejecting the ..."
joe ho It’s time to take Mark Twain ..."
"You describe your delusions remarkably well but offer no credible reason for belief in any ..."
rationalobservations? How to Find God’s Hiding Place
Browse Our Archives
get the latest updates from
Wake Up Call
and the Patheos
New Visions
Channel
POPULAR AT PATHEOS New Visions
1 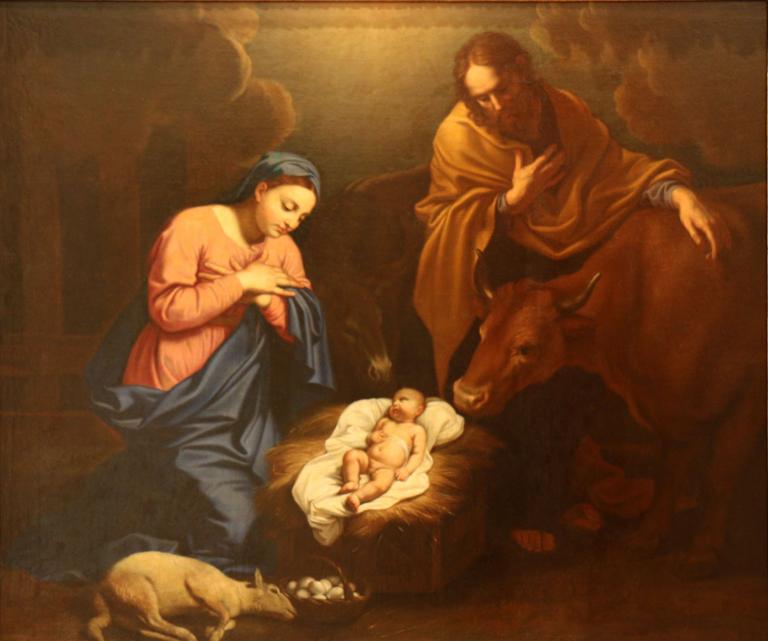 New Visions
The untold story of Jesus’ birth—from the Gospel...
Wake Up Call

New Visions
10 Jesus quotes hidden by the Church—and what...
Wake Up Call 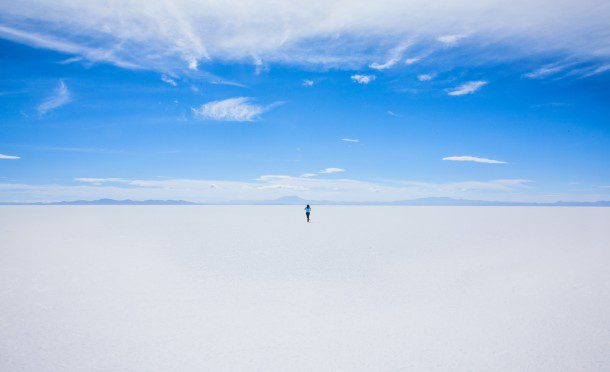 New Visions
Is the key to knowing God, knowing yourself?
Wake Up Call
TRENDING AT PATHEOS New Visions

Joy Heals
The body heals with play, the mind heals with laughter, and the...
view all New Visions blogs
What Are Your Thoughts?leave a comment
Copyright 2008-2021, Patheos. All rights reserved.