If you were to take a poll of Christians and non-Christians alike, asking which of the biblical books is most confusing, the overwhelming response is going to be “Revelation.” The bizarre imagery and coded language combined with the misunderstanding of the genre of the book as “end times prophecy” causes too many people just throw their hands up in frustration. And yet, as a minister, if I asked what the congregation wanted to study, without fail, someone asked for “Revelations.” (Yes that’s intentionally misspelled).

While I disagree with those who suggest that we can never understand Revelation, I do admit that some serious background and understanding of the Old Testament, first century culture, and even ancient myths are required to properly understand John’s message for the early church. Many good commentaries cover these things, and I would not presume to be a Revelation expert, but I want to make a connection between a Revelation beast and one from the Old Testament—the dragon.

Ron has already done a bang up job of tracing the concept of dragons through the Bible. I don’t want to go over that all again, but I want to dig deeper into one dragon specifically because I think this particular dragon carries significant interpretive insights into Revelation. And this dragon is none other than Leviathan. The word “Leviathan” is a transliteration of a Hebrew word whose root means something like “twisting” or “wreath-like.” This particular form occurs in only five passages in the OT, and the context of each of these uses indicates some form of aquatic monster.

When most people think of Leviathan, they go to the book of Job. As God lambastes Job for his lack of knowledge, he references this ancient beast. Now, if you read lots of study bibles and even study notes, they suggest that this is some sort of crocodile. Of course, I’ve never seen a crocodile sneeze fire (Job 41:18), breathe smoke (Job 41:20), or scare gods (Job 41:25). No, this seems to be some sort of a dragon-like creature as it shares many of the same characteristics.

The Psalms also contain references to Leviathan. Psalm 74:12-17 describes God as ancient and refers to the creation of the world. In other creation myths, the gods have to overcome the watery chaos to create. This psalm suggests the same, but the God of the Israelites had no problem and the struggle was not real. With little effort God divided waters (just as in Genesis 1). But the psalmist does something intriguing—he uses Leviathan to personify the waters of chaos. Like a cowboy wrangling a steer, God subdues Leviathan by breaking and crushing his heads. With the restless waters (and the creatures within it) subdued, God can begin his creative acts.

Psalm 104 continues this theme of creation, attributing all things to God. But in verse 25 it focuses on the sea, and the many “creeping things” found within. Verse 26 even suggests that Leviathan—this scary sea monster—is just a harmless pet of God. It’s like a goldfish in God’s cosmic aquarium. It just wanders around in the lower waters. Again this depiction reinforces God’s dominance over all of creation.

Finally, Isaiah 27:1 provides a very interesting insight into the Israelites’ understanding of the Leviathan:

Assuming that there is parallelism here (God will punish Leviathan / He will kill the dragon), Leviathan is the mythological sea monster (dragon). It is being used symbolically here, referring to the empires of Assyria. Likely the imagery of “fleeing serpent” refers to the swift-flowing Tigris River and the “twisting serpent” is the Euphrates River. These 2 rivers come together to form the area of Assyria and Babylon.

From these passages we see that Leviathan is some sort of serpenty sea monster, perhaps resembling a dragon, with multiple heads. Sounds way cooler than a dinosaur or a crocodile. Reminds me a bit of the Hydra from Greek mythology. Though the people of the ancient world may have been scared of it, God viewed it as a pet or plaything.

Weird right? So how did this thing make it into the Old Testament? Likely due to influence from the neighbors of the Israelites. The various groups in Canaan had their own religions and myths. And one of them, the Baal Cycle, contains very interesting language:

“When you killed Litan, the Fleeing Serpent,
Annihilated the Twisty Serpent,
The Potentate with Seven Heads,
The heavens grew hot, they withered.”
KTU 1.5 1-3

There are other language parallels, but these are probably sufficient to prove the point – apparently the ancient world believed in some sort of Loch Ness-Smaug hybrid. They called this dragon-like creature Leviathan (Litan), and considered it to be dangerous, evil, and potentially destructive as it perpetuated chaos that had to be overcome by the gods. What does this have to do with Revelation you may ask? Tune in next time for the answer. 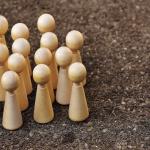 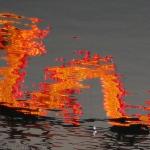 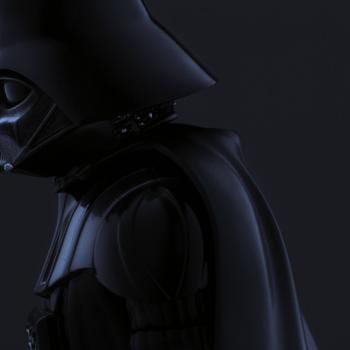 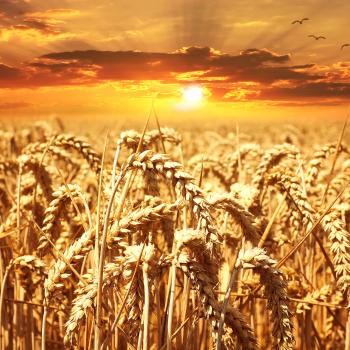