Xulsigiae the Water Goddess you have never heard of!

Xulsigiae is the Water Goddess you have probably never heard of! Perhaps it is because she is an obscure Goddess lost to time and cultural ruin. Xulsigiae is considered to be a Gallo-Roman Water Goddess with connections to the triple, solar, and mother archetypes. She is connected to Sacred Springs, Healing, and has a shrine in the Lenus Mars temple. She is connected with a fire/solar masculine much like many Celtic Sacred Spring Goddesses. She also shares similarities with other solar sacred spring goddesses these include Sul a Brythonic Goddess of Hot Springs in Bath, Suleviae which is a triune or triple goddess form of Sulis, Sulis a solar Goddess associated with healing, life, nourishment, and was an agent of cursing, Sūliās who is a Gallaecian Goddess of Sacred Springs and Healing, the Gallaecian goddesses Sūliās who is associated with sacred springs and healing. Academic scholarship suggests that these spirits may also be Xulsigiae via her connection to the Solar, sacred spring, and tripartite aspects.

The Gallo-Roman religion was influenced by many different cultures, it was a mix of practices from their own culture, the Celts, the Germanic tribes, and the Romans. Xulsigiae was a figure that was worshiped in the temple of Lenus Mars built near a sacred spring. This spring is known as Heideborn Mineral Spring which flows through the temple complex. This temple complex was not only home to Xulsigiae, Lemus Mars, and his consort Ancamna. Ancamna was a goddess often found as the consort to Lenus Mars but was also the consort of Mars Smertulitanus in other locations who was worshiped widely across the Moselle River Valley.

This temple complex which was once called Augusta Treverorum in what is now called Trier Germany was also the home to the genii cucullate. These Roman-Celtic spirits are often found in groups of three many times wearing cloaks and hoods. Though there are depictions of three figures, the Maters, Nymphs, and genii cucullate are all found dispersed across the Roman, Germanic and Celtic lands in various forms. These types of figures are found repeatedly in the Celtic, Roman, and Gallic water temples especially the ones that are associated with solar deities or with inscriptions and dedications to these Solar Springs Goddesses. While it does seem that much of the temple complex was focused on Lenus Mars and his consort the inscription to Xulsigiae found in this temple complex indicates that she was not only a powerful goddess of healing but was considered important to those who visited the sacred place and worthy of vow fulfillment. The inscription to Xulsigiae is as follows…

The basic translation is To Lenus Mars and the Xulsigiae, Lucius Diseto freely and deservedly fulfilled his vow. It is interesting to note that in this case Xulsigiae is referred to as “the” indicating a grouping, perhaps Xulsigiae is honored here as the three mothers, three nymphs, or simply Xulsigiae in her triple aspect. Sulevia who as seen above is often believed to be one and the same with Xulsigiae who is also worshiped in triplicate as Suleviae. Their name means those who govern well indicating that Xulsigiae may also have been connected with wisdom, maternal rule, or legal matters.

However, in the case of Solar Goddesses found in triplicate; they are often viewed as three different bodies, but age and role is not always indicated. Though in other cases they are found in triplicate as the tree mothers. In both her roles as mother and triad Goddess she takes on the role as a Fertility Goddess as well. It is possible that the reason she is connected to the mother goddess aspect is her similarities to Matronae Suleviae and Matres Suleviae, a mother goddess who often appears in a triad or triple goddess form.

It’s not uncommon for powerful solar deities who are also connected to thermal, chalybeate, and sacred springs to have a connection with a set of 3 or 9 water nymphs. So, there is the possibility that Xulsigiae are indeed the Nymphs of the spring rather than the Solar Goddess similar to Suleviae. Though some academic scholarship suggests that Xulsigiae is another name for the goddess Suleviae who is sometimes characterized as a home and hearth deity, linking her with Domestic Sacred Flame Goddesses such as Vesta, Hertha, and Brigid. Though there is no concrete evidence of this it is the similarities of these spirits that link them and with such little information on many of these ancient spirits, one can only hope to re-create the practices sounding them by studying other spirits and deities and putting those practices to use in honor of her.

Xulsigiae was honored by the Roman, Celtic, Gallic, and Germanic People in different guises and forms. Sacred Springs, Solar Deity, and Water Nymphs play not only a prominent role in Greek and Roman religion but were also central to the Britons and Gallo-Roman practices as well. Xulsigiae, no matter if she was worshiped in triplicate, as a nymph or powerful solar goddess of healing and sacred waters such as the Celtic Sulis, maybe a little-known spirit but she is still a dynamic goddess who is connected not only to other deities from the Celtic lands but sacred springs, solar aspects, nymphs, and the sacred number three. She can be honored in our modern practices by placing solar objects, sacred water, spring water, and the sacred number three upon her altar. Depending on how you wish to work with her you may wish to reach out and connect with her energies as a water goddess, mother goddess, fertility goddess, water nymph found in triplicate, or sacred solar goddess who brings abundance and prosperity to the land.

About Annwyn Avalon
Annwyn Avalon is a Water Witch, Water Priestess, and the founder of Triskele Rose Witchcraft, an Avalonian witchcraft tradition. She has devoted her life to the study of art, witchcraft, and magic. She is an initiated Witch and Priestess, Reiki Master Teacher, award-winning Dancer, published author and has a BFA in sculpture, BA in Anthropology with emphasis on plant and human interactions, and has received an apprentice certificate in Herbalism. She writes for the Magical Times Magazine in the UK and has contributed to other published works such as The New Aradia a Witches handbook for resistance. She is the author of Water Witchcraft: Magic and Lore from the Celtic Tradition and The Way of the Water Priestess: Entering the World of Water Magic. You can read more about the author here.
Previous Post

October 19, 2021
Interview with a Water Priestess - Lilith Dorsey
Next Post 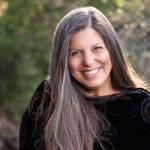 March 24, 2022 Interview with a Water Priestess - Jamie Della Water Protector
Recent Comments
0 | Leave a Comment
"I'm sure those bitches are just jealous"
jcbutterrtoast The 1st Water Priestess Confluence is ..."
"1 min of silence for xianyusY.3002.INFO/e7083U"
Lucilius Exploring your Witch Type
"Maybe de Suleuias or the Gallaecian Sulias would not be forms of the Sun Goddess, ..."
Catuveles Xulsigiae the Water Goddess you have ..."
"I love the White Spring. Unfortunately, since covid, it feels unsafe. Difficult to gain access ..."
Midwife Morgan The White Spring
Browse Our Archives
Related posts from Water Witch 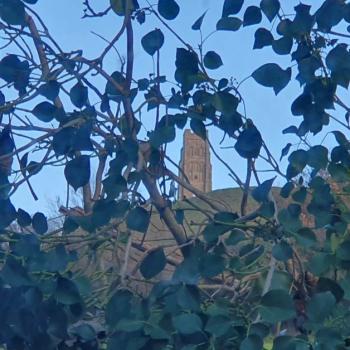 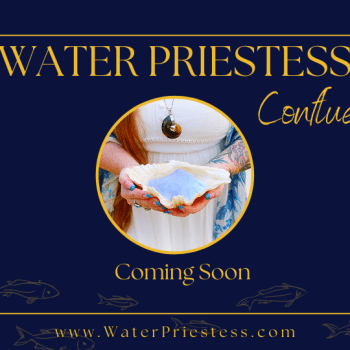 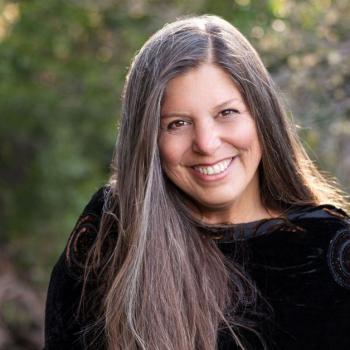