(Spoiler Alert: If you’ve not watched this week’s episode of The Bachelor on your DVR, you might want to skip this article.)

I’m the mother of a young teenager who’s not dating yet, so I can only imagine a nervous young man asking her father for her hand in marriage. Many argue that the whole idea is chauvinistic and reminiscent to times when women were treated like objects. Most people, however, still think it’s a respectful gesture, an important tradition, a rite of passage, and a moment that dear old dad can really let his expectations be known.

Even on The Bachelor, a show not known for its traditional views on morality, the bachelor winnows down the crowd until there are only four remaining contenders.  That’s when things on the show get really serious, emotional, and – sometimes – complicated. This week on the show, Bachelor Ben Flajnik traveled all around the nation to visit the remaining four contestants’ families in what are known as “hometown dates.”

Dad: “You better treat my daughter right. She’s very precious to me.”

Bachelor: “I understand.   Thanks for letting me know.  I have begun to really like her.

Bachelor: “You know… Because she makes me feel good.”

Dad: “Well, she seems happy and that’s good enough for me.  You have my blessing.”

I’m always shocked  parents are so eager to approve of this complete stranger their daughter met on a reality television show.  Sometimes, parents give their blessing right off, usually with some kind of inane comment like “Well, marriage is a 50/50 gamble, so you just have to have the courage to take a risk.”

Sometimes, these parental interactions seal the deal, as the Bachelor envisions himself as a part of the family.  Sometimes, not so much.  For example, this week, one set of parents finally demonstrate they are less enamored with the set-up than their daughter.

Kacie Boguskie has been my favorite of the season.  She is kind, generous, and considerate in a show that encourages drama.  When she had her hometown date, she took Ben to her (and my!) home state of Tennessee.  While sitting in the stands of her old high school, she told him that her father is a federal probation officer and doesn’t drink. Ben, who is a long haired winemaker from California, is unnerved by this news:

“You’re in the Bible belt now,” she explained.

“I’ve always considered it the bourbon belt,” he laughed.

“Well that’s great,” he said in an off camera interview.  “I’m a winemaker and my business is booze. So strike one.”

When they arrived at Kacie’s home, the dinner table was nicely set up with crystal goblets holding ice tea.  Soon, however, everyone was breaking out into different rooms for personal conversations.

Off camera, the bachelor senses the disapproval, and says, “I had a great conversation with Kacie’s father, but I don’t get the feeling he likes me.”

When Ben talked to Kacie’s mother, the conversation was even more direct.  She said she’s watched enough of the show to know the “winners” of the show end up living together prior to marriage.

“I have a serious problem with that,” she told him.

Upon hearing this, he looked absolutely flabbergasted.  He did manage to collect himself enough to mumble assurance that he shared their “traditional values.” Later in the episode, however, as he recounts the date to host Chris Harrison, he says he fully expects to co-habitate with his fiancé.  (He says this with the exasperation of a person having to explain why water is wet.)

In other words, Kacie and Ben don’t seem to share the same worldview.  In her pre-show interview, she answered some questions about what characteristics  she hoped to find in her future husband.  She answered, that she hoped he would be “outgoing, fun-loving, athletic, driven, goal oriented, sensitive but strong, not afraid to try new things, Christian, family oriented, and love children.”

But she didn’t seem to realize the ideological chasm that existed between her and Ben.  That’s when she sat down with her father outside during the hometown date, and he gently tries to talk sense into his daughter.  He asks her to prayerfully consider what she’s doing.  She assures him that she has prayed and has fully considered her actions.  He very pointedly asks her if she would move in with Ben if they became engaged, and she assures him she would never do that.

Kacie becomes increasingly upset that dear old dad is not impressed with her choice of men and that he doesn’t trust in her intuitions.

“I’m falling in love with him,” she tells him.

“But aren’t the other three girls as well?”

Silenced by the question, she says she doesn’t know.  But she knows.  She’s seen Ben take all of the other girls on dates, kiss in the pool, and exchange meaningful glances for weeks.  She knows that her dad is onto the truth, though she continues to plead her case.

“Ben and I have something that nobody else does, and you might think that’s naive,” she told him. “But I would say ‘yes’ if he were to ask me to marry me.”

Her father seemed pained as he gently responded, “Okay, if he was to ask me if he could marry you, I would probably say at this point, ‘No.’”

I’ve not watched every season of The Bachelor, but this may have been a first.  Even more impressive is when Kacie’s father – who senses the emotional calamity about to be wreaked upon his beautiful daughter – takes Ben aside and asks a favor.  If Ben knows he’s to end up with a different women, please end it soon to avoid more emotional damage.

And that’s exactly what happened.

At the end of the episode, Kacie is weeping in the limousine of shame, asking, “What happened?”

But the audience knows why she didn’t get the rose.

Kacie’s teetotalling, praying father scared the heck out of the Bachelor.  And even though she was devastated by the rejection, the viewers know that – especially in this case — father knows best. 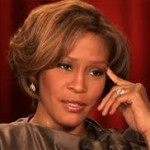 February 23, 2012
I cannot stop thinking about Whitney.
Next Post

February 24, 2012 Technology, Our Blessing/Our Curse: a Reflection on “Living into Focus” by Arthur Boers
Recent Comments
0 | Leave a Comment
Browse Our Archives
get the latest from
Family
Sign up for our newsletter
POPULAR AT PATHEOS Family
1

How often should a married couple...
Dave Willis
Related posts from What She Said 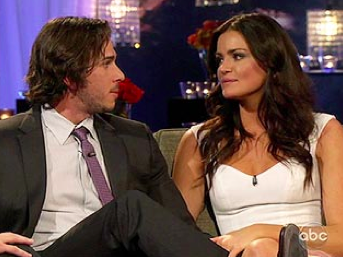 Family
What Top 5 Attributes Do You Want to...
What She Said
TRENDING AT PATHEOS Family